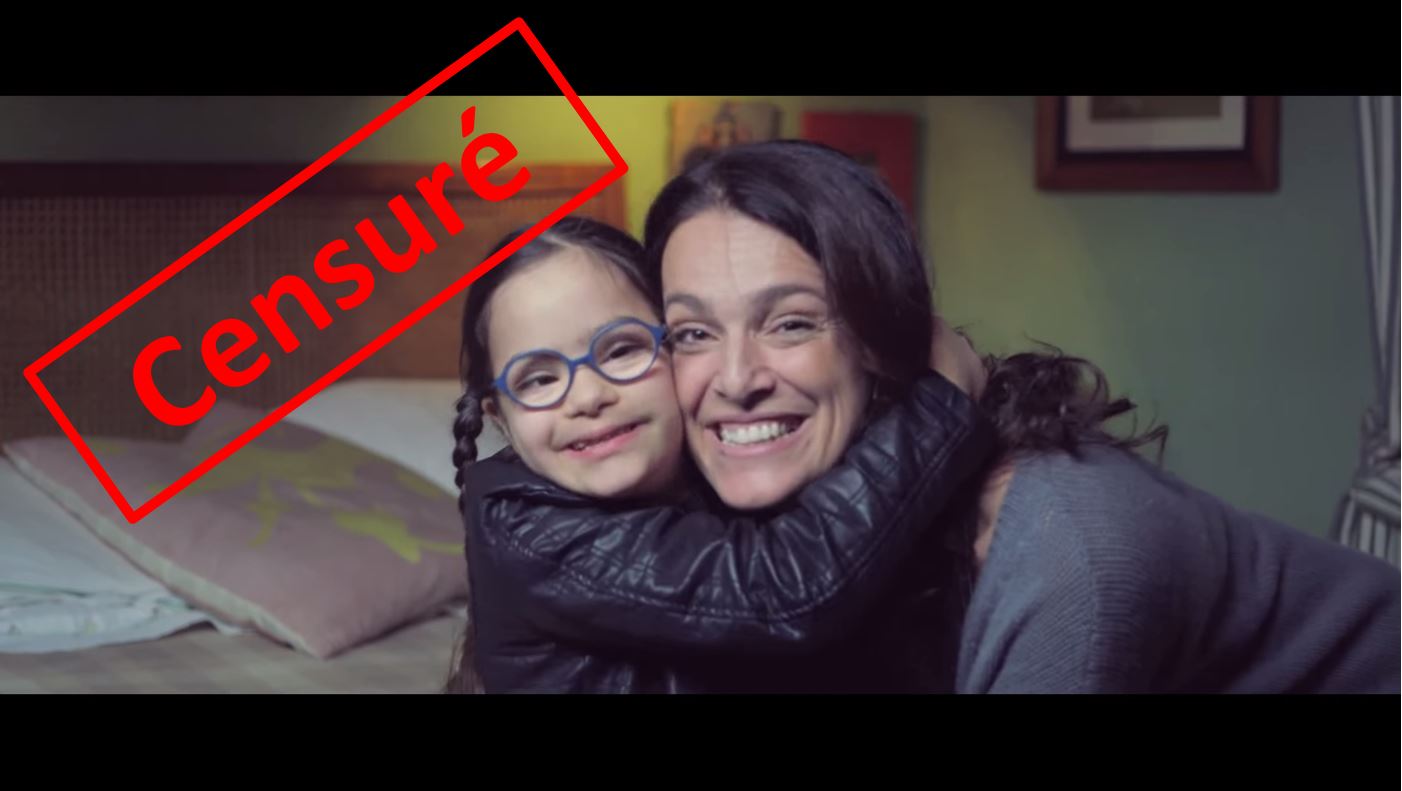 Two news stations in succession have struck public opinion as they reveal the social stigma victimising people with Down syndrome.  Also concerned, the President of the Jérôme Lejeune Foundation voices his reaction.

First and foremost, the decision of the CSA to warn the channels that broadcast the video “Chère Future Maman” (Dear Mum-to-Be) caused an unprecedented outcry and was met by a total lack of understanding. This was a decision that shocked many parents keen to vent their reaction (Cf. Synthèse de presse Gènéthique du 01/08/2014). As far as Jean-Marie Le Méné  is concerned, “in the case in which it lectured TV channels for having broadcast an awareness spot on Down syndrome, the CSA does not consider the message to be of interest to the general public and declared that it could not generate spontaneous support from viewers. (…) it is right in that the mass elimination of children with Down syndrome, the fruit of programmed, budgeted, routine, social security-funded schemes, is presented today as being of public interest. Down syndrome is the story of a disease that was never fatal until the technique and the market made it so. A wonder of modern technology. From this point onwards, an awareness message, recounting the happy life of a person with Down syndrome, does not indeed generate spontaneous support.

In case we have not understood properly, the CSA specified that it is a case of “not troubling the conscience of women who, in compliance with the law, have made different personal life choices”.  This leads to anthological confusion and we forget lessons learned in the past where the only reference point for moral conscience was the law. This is an euphemism of anthology where a “personal life choice” involves getting rid of a child and leads collectively to the eradication of people with Down syndrome.

Since then, apart from the French issue, the whole world has heard the sordid account of how a Down syndrome baby, produced through surrogacy, has been abandoned. Carried by a young Thai woman, the baby and his twin were “intended” for an Australian couple who refused to take the Down syndrome baby and left with only the baby girl. An Internet fund set up for the Thai mother and her son who needs cardiac treatment has already amassed over 140,000 Euros. On Sunday, the Australian Immigration Minister referred to “a heart-breaking story” affecting the “moral responsibility” of each and every one of us.

Responding on this occasion to Figaro Vox, Jean-Marie Le Méné believes that the rejection of this disabled child tears the myth of ethical surrogacy to shreds. In his eyes, “with a wave of a magic wand, the GPA leaves behind the glitz and glamour of being an excellent provider of beautiful babies for nice childless couples. Here we have ‘the couple beyond reproach’ who then transform into perfectly heinous customers who are always right, taking what they want and leaving the rest behind. The refusal by the surrogate mother to abort the handicapped twin becomes an act of resistance. The Down syndrome child becomes a symbolic victim.  He will now benefit from an overwhelming and generous international response, helping him to live.  The amount raised is ten times greater than that promised to his ill-fated mother. (…) No conspiracy has been hatched to overturn this act of transgression, which started off so well. But human nature (which, remember, is no longer supposed to exist), has surreptitiously reasserted its rights. Surrogacy has been seen in its true colours – as a genuine pregnancy in the womb of a genuine woman”.