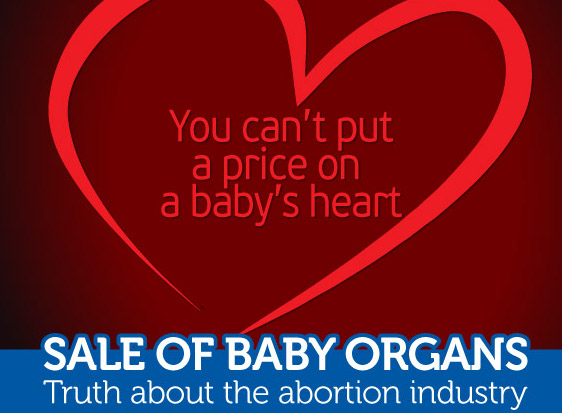 “You Can’t Put a Price on a Baby’s Heart: The Sale of Baby Organs”

On Thursday 15th October, a conference was held at the European Parliament on the theme: “You Can’t Put a Price on a Baby’s Heart: The Sale of Baby Organs”[1]. Suggested by Miroslav Mikolášik, Marijana Petir, Alojz Peterle and Michaela Šojdrová, 4 European deputies, members of the group EPP, as well as by two European organizations, ONE OF US and ADF International, the conference went over the scandal that was exposed last July in the US concerning the sale of aborted foetuses by American Planned Parenthood. (cf. Gènéthique of July 15th 2015).

Miroslav Mikolášik, a Slovak European deputy and president of the EPP’s work group on bioethics and human dignity, opened the conference by reminding everyone present of the request sent to the European Commission (cf. Gènéthique of 30th July 2015) to cancel any further funding allocated to Planned Parenthood until the activities carried out by this organization had been investigated on.

According to the Czech European deputy, Michaela Šojdrová, “Planned Parenthood should be banned from entering the buildings of the European institutions”.

Marijana Petir, a Croatian European deputy, said she feels, “disgusted by the simple thought that one could sell a tinny heart to make a profit”. She went on, asking: “$60 for a heart? Would you sell yours?”

As for the European deputy, Alojz Peterle, he hammered on: “Nobody is interested in the dignity of the taxpayers.” Their dignity is flouted as soon as their money is used to fund organisations that carry out such activities.

Sophia Kuby, Head of the European branch of Alliance Defending Freedom, insisted: “We need to be sure that the violations of the law and human dignity by Planned Parenthood in the US does not turn up in Europe. (…) It is the same organization, the same philosophy, which does not do philanthropy, is not there to help women and is not there to welcome new lives.”

The last person to speak was Lila Rose, President of the American Association Live Action, which has been investigating on the illegal practices carried out by Planned Parenthood in the US for many years.

Describing the practices of Planned Parenthood during abortions, Lila Rose went over the fact that the organization has modified the way it extracts the babies so as to remove the organs intact, and better sell them: “The less trauma is done to the baby’s body, the better the organ collection. Once the baby is extracted, its heart is sometimes still beating and the organs are removed.”

Lila Rose recalled that “they prefer the organs of second semester babies”, and that “the tissues should not be poisoned because they are needed fresh, taken from intact specimens”. In short, “it is all about selling and making a profit”. With $60 earned per sold organ, each foetus brings Planned Parenthood an average of $500 dollars.