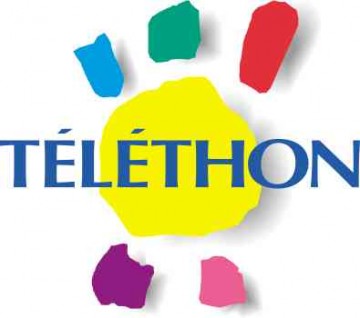 World first in the treatment of myopathy: announcing the telethon

Just 25 days to go to the launch of the AFM Telethon 2014 publicised by France info as a world first in the treatment of Duchenne Muscular Dystrophy. Caroline le Guiner, scientist at the Atlantic Gènes Therapie Laboratory, today unveiled the results achieved by her team. They have succeeded in restoring muscle strength to dogs suffering from Duchenne Muscular Dystrophy.

It should be noted that Duchenne’s disease is a neuromuscular disease of genetic origin, which mostly affects children. It destroys the muscles due to the absence of a protein – dystrophine – which is essential for the muscles to function properly. “In a sick person, dystrophine is missing because part of the gene that synthesises this protein is deficient and blocks its production“.

To treat dogs suffering from this condition, scientists used the “exon skipping“ technique, which involves overlooking the deficient section of the gene and injecting a medicinal gene invented “using new gene therapies“. This technique claims to allow 80% of the muscle fibres of sick dogs to express new dystrophine within three and a half months following single injection of the medicinal gene. This is an encouraging result since “just 40% will improve muscle strength”. According to Caroline le Guiner, an initial clinical trial is scheduled to take place within the year“.

With the announcement of this “world first“, Jean-Yves Nau, journalist and medical doctor, immediately linked it to the first edition of Telethon in December 2014: “This is an opportunity not to be missed. Directly from the laboratory to Telethon“. It is, in fact, quite surprising that a world first of this calibre has not been published in a scientific journal before being unveiled to the general public.