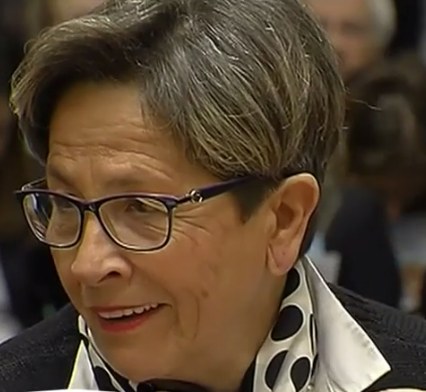 Vincent Lambert: Viviane Lambert appeals to the President of France

Shocked to see her son “condemned to death” for the fourth time, Vincent Lambert’s mother has issued a heartfelt plea to Emmanuel Macron: “My son did not deserve to be left without food and water. How can this be viewed as ‘dying with dignity’? “.

Mrs Lambert is letting the world know what doctors at CHU Reims (University Hospital) have not disclosed: “Vincent is not in a coma. He is not ill. He is not connected to a life support machine. […] He can breathe on his own. He wakes up in the morning and goes to sleep at night. He responds when we, his parents, are with him. He watches our movements, sometimes intently”. She went on to say: “The consultants […] confirm that he is not in a vegetative state”. He has regained his swallowing reflex, which he had lost, and can feed by mouth. The only thing he needs is specific rehabilitation “according to specialist protocols, with a multidisciplinary team in a specialist unit”.

Unfortunately, instead of being cared for in a specialist brain injury unit, he has spent several years in palliative care, without any treatment! Several establishments that treat victims of serious road traffic accidents are prepared to admit Vincent and provide him with the appropriate care and physiotherapy he needs to progress, but only Rachel Lambert[1], his legal guardian since 2016 and who is requesting euthanasia [for her husband] is authorised to request the transfer…

Vincent Lambert is therefore “condemned to die” as food and water will be withheld. “A doctor told me that, in ten days’ time, my child’s slow and prolonged death [will begin], and he will die of hunger and thirst”. Viviane Lambert is fully aware of what type of death awaits her son, who is “disabled, but still […] alive”. As far back as 29 April 2013, watching her son suffer and cry, she was stricken with horror to find that his feeding tube had been removed unbeknown to her and that her son, Vincent, had not been fed for twenty days. Hydration had also been reduced to a minimum. Her son was starving but clung on to life. “The twenty-five specialists we consulted confirmed in writing that Vincent survived for 31 days without food and with reduced hydration. This is hardly consistent with an alleged desire to die”.

Currently severely disabled but in a stable condition, “Vincent is no longer in the end-of-life stage. He is not ill. He is not suffering”. Viviane Lambert added that, “Twenty-four specialists have sent a letter to the hospital in Reims stating that a situation of ‘unreasonable obstinacy’ cannot be applied in Vincent Lambert’s case”.

She also fears the outcome for the 1,700 patients who are in a similar situation to her son. She knows only too well that Vincent is not a one-off case. “Will these 1,700 people in a minimally conscious state also be condemned to death?” She is afraid that her son’s situation is being exploited to make it a “textbook case”: She is outraged that “Vincent will be sacrificed by way of example”. She continued, “If he has to die, it’s not to safeguard his dignity but because of a desire for euthanasia”.

Reiterating the President’s own words in a speech he delivered this week at the Collège des Bernardins[2], Mrs Lambert is asking for an emergency meeting with the French leader. She will be accompanied by consultants who know Vincent and who can explain “his real state of health”.

[2] Emmanuel Macron’s speech at Collège des Bernardins included the following statement: “For my part, I believe that we can create an effective policy, a policy that escapes basic cynicism to focus on real issues and the first duty of any politician, namely on human dignity”.