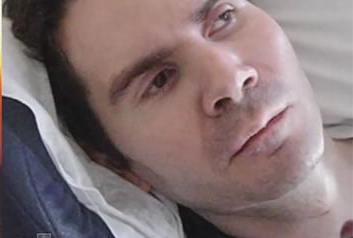 Vincent Lambert: cessation of care validated by the French Council of State

The French Council of State today decided to validate the medical decision to “terminate the treatment” of Vincent Lambert, who has been in a vegetative state for the past ten years; the decision goes against his parents’ wishes.  This marks the “permanent end” of “feeding and hydrating”.

It is patently obvious that he is not an end-of-life patient”. He is not on respiratory or cardiac assistance […] His parents, who visit him every day, can see he is not the vegetable described by the media, and this observation is shared by many doctors,” said Jean-Marie Le Méné, president of the Jérôme Lejeune Foundation, who is defending Vincent Lambert’s life support. “Sentencing Vincent Lambert to death sends out a message to people with disabilities that their lives are worthless in the eyes of society,” he added.

The decision to stop artificially feeding and hydrating Vincent Lambert – with termination of this treatment accompanied by deep, continuous sedation – was validated on 31 January by the administrative court of Châlons-en-Champagne (Marne). The medical examination was contested by 55 doctors caring for people in a vegetative or minimally conscious state.

The parents’ lawyers, Jean Paillot and Jérôme Triomphe, said they have referred the matter to “the European Court of Human Rights (ECHR) and the UN International Committee on the Rights of Persons with Disabilities (CRPD)”. This has been done to “ensure respect for the international conventions benefiting Mr Vincent Lambert, which have been seriously ignored. The Council of State’s decision is not final and the decision to cause the death of Vincent Lambert cannot be executed,” they emphasized.

The parents’ lawyer at the Council of State, Claire Le Bret-Desaché, added that this decision “does not refer to the experts’ report of November 2018, who stated in their conclusions that there was no unreasonable obstinacy; this is a condition laid down by law”.