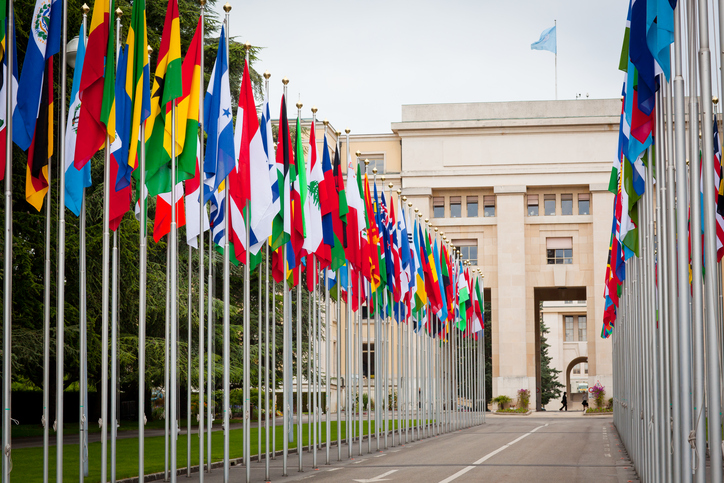 UNO: Towards the end of the Universal Declaration of Human Rights?

While the members of the UNO Committee on Human Rights seek at interpreting the article 6 of the Covenant on Civil Rights relative to the right to life, Claire de La Hougue, Doctor in Law and Expert for Gènéthique denounces the incoherence of a dramatic position.

Does the Committee wish to see the Universal Declaration of Human Rights buried? It is a legitimate question when reading its draft General Comment concerning the right to life.

The Human Rights Committee is in charge of controlling the application of the Covenant related to political and civil rights, treaty which implements the Universal Declaration of Human Rights. The Committee regularly publishes general comments which constitute official interpretation guides for the text.

A questioning of the foundation of the law

The Committee is currently discussing a new general comment concerning the article 6 of the Covenant, according to which: “Every human being has the inherent right to life. This right shall be protected by law. No one shall be arbitrarily deprived of his life”.

However, after having reaffirmed that “It is the supreme right from which no derogation is permitted even in time of public emergency which threatens the life of the nation” the project produced two paragraphs encouraging, or even obliging States to legalise abortion and euthanasia, as if they were rights on behalf of the article 6 [1].

This is obviously contrary to the intention of the authors of the Universal Declaration and the Covenant. Abortion and euthanasia, which were practiced on a large scale by the Nazis, were recognised as crimes in 1948, and it was the Soviet Union, which also practiced abortion, which prevented unborn children from being expressly protected.

It is also contrary to international law. No international treaty considers abortion as a right; quite the contrary, the States have committed to preventing abortion, and one does not prevent the exercise of a right. The European Court of Human Rights has never recognised abortion as a right in the name of the Convention and has always considered the protection of unborn children as an interest that must be taken into consideration, while the Court of Justice of the European Union recognises the embryo is endowed with human dignity from the very moment of conception because human life is a continuum from the moment of fertilisation.

As for euthanasia, it can be considered neither a patient’s right, nor a medical right. Indeed, as said previously by the European Court of Human Rights, the right to live cannot, under any circumstances or language distortions, be interpreted as a right to die. Besides, no one can intentionally provoke another person’s death on purpose, and this principle constitutes the foundation of medical deontology.

The interpretation envisaged by the Committee would make the general comment contradictory: how could one claim that the right to life is fundamental and must be actively protected if one admits that a person can also end another person’s life outside the situations provided by the Covenant? This incoherence would undermine the credibility of the text, and finally the Committee’s authority.

To consider that one has the right to end the life of an unborn child or of a sick or elderly person would mean that they do not benefit from the rights resulting from the dignity inherent to every human being”, as confirmed by the Covenant.

This would mean that the right to life would no longer be “inherent to every human being”, as claimed by the article 6, but would depend on subjective criteria such as another person’s good will or the appreciation of the concerned person or of the people around him or even society concerning the value of his life, depending on the quality of his life or his degree of participation in social life.

Again, this would mean that dignity, from which human rights are taken, would no longer be “inherent to all members of the human family”, according to the terms of the universal declaration, but relative and submitted to the more or less arbitrary decision of a third party.

In other words, if the draft general comment is adopted as such, this would mean that the Human Rights Committee has abandoned the fundamental principle of the protection of human rights, i.e., the equal dignity inherent to all human beings on which are based human rights. This would bring to pieces the entire work done by men since the Second World War as a reaction against the Nazi barbarity…

[1] Paragraphs 9 and 10 of the project, available on the Human Rights’ Committee website: