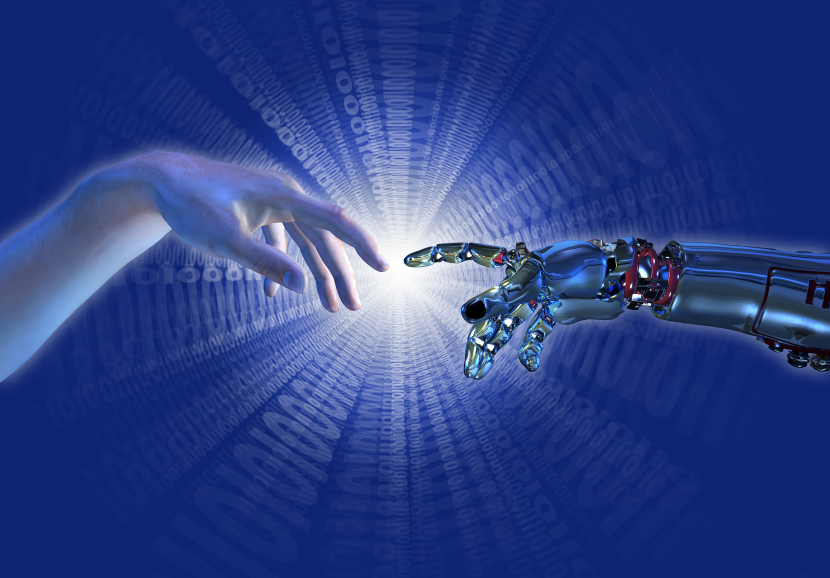 Transhumanism: “The real danger for the future of mankind is the commercialisation of life”

In an interview with Le Figaro, Jean-Marie le Méné[1], President of the Fondation Lejeune, and Laurent Alexandre[2], surgeon and neurobiologist, compare their vision for the future of mankind. Whereas Laurent Alexandre believes that robots will replace humans, Jean-Marie Le Méné is of the opinion that “no software can ever imitate the complexity of the human soul. “The real danger for the future of mankind is the commercialisation of life.”

For Laurent Alexandre, “the triumph of AI (artificial intelligence)”  is  “unavoidable”. This involves “boosting new morale” – an audacious wager because “AI speeds up time, questions benchmarks and pushes towards eugenics and neuro-technology. Elon Musk believes that AI can compete with human intelligence and will usurp humans in a decade or so. In his eyes, that warrants placing micro-processors in the brain of our children. AI is drawing us into an uncontrollable war of intelligences”. As for Jean-Marie Le Méné, he “does not believe in the “unavoidable” nature of future developments. “Ideologically, these are ‘paper tigers’. Pacts between scientism and the market against nature are indicative of an ideology that will flounder”. He added that: “I haven’t got a miracle solution. We can’t turn the clock back through decades of philosophical void and intellectual deconstructivism. We have gone from theocentrism to anthropocentrism, biocentrism and now, today, to technocentrism. Humans count for nothing any more and transhumanism prospers in this vacuum. (…) But to say that humans have to be repaired in order to be ‘saved’ is tantamount to considering that there is a technical solution to the folly of mankind, which is wrong”.

Although AI challenges the working world, Laurent Alexandre believes that technology replacing “the human brain in the short term [will] mostly impact upon less gifted individuals and lead to a dramatic rise in social tensions”. As far as Jean-Marie Le Méné is concerned, “as with any rapid scientific and technological revolution, there will be some major upheavals. It’s not the first time and it’s not shocking. (…) The real problem is the commercialisation of life. Life has become a lucrative source to be exploited. The outcome? Mankind is falling apart. Add to that transhumanism: it is falling apart but is worth its weight in gold. Transhumanism is a form of modern slavery that sells humans no longer as a unit but bit by bit. (…) This form of commercialisation produces victims. Unable to create augmented humans, we are already suppressing reduced humans”. Indeed, “transhumanism will be eugenic through the selection and modification of embryos. Transhumanists want to create super babies capable of resisting AI. They also want to cure Down syndrome. Yes, transhumanists are eugenists,” comments Laurent Alexandre, as confirmed by the words of Jean-Marie Le Méné: “Negative eugenics is already in place in MAP, which gets rid of imperfect embryos and wants to go much further because we are already creating embryos with three DNA”.

These issues desperately need  “international regulation” to avoid  “transhumanist nomadism” according to Laurent Alexandre. But Jean-Marie Le Méné wonders about the legislator’s ability to resist new technologies, which risks “accepting everything in the name or technical progress”, all too quickly absorbed in “moral progress”.

[2] Author of La guerre des intelligences (The war of the Intelligences), published by JC Lattès.