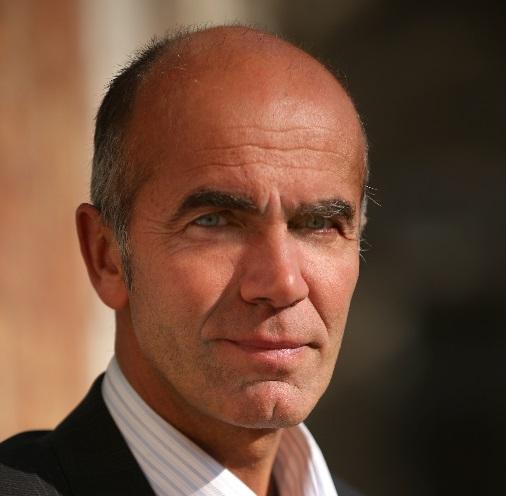 Behind medically assisted procreation, regardless of the outcome, stands a human being who can be manipulated, dissected, frozen and selected, and who is destined to respond to market solvency, laments judge and President of Fondation Jérôme-Lejeune.

The recent cover story of a magazine focusing on a journalist, his partner and two daughters born through surrogacy illustrates a double disconnection. First and foremost between the law and morals: when something is feasible, it is carried out, regardless of whether or not it is ethical or legal. Morals precede laws. There is also a disconnection between morals and technology. Before public opinion picks up on it, scientific discoveries lead to technological applications likely to alter morals. So are the current affairs reflected in this coverage, namely surrogacy, already outdated by scientific news?

In fact, on 11 October 2018, Chinese scientists published an article in Cell Press showing that they had succeeded in creating mice from two same-sex parents. The mice produced from two female mice survived and later produced offspring. The mice produced from two male mice did not survive beyond 48 hours. The authors of this publication would have succeeded in neutralising areas of the paternal or maternal “imprint” genome that make heterosexual fertilisation necessary. But the experiment is blurred around the edges and is far from ready for extrapolation to other species, especially human beings. It is obvious that the line of research aimed at producing human embryos from same-sex parents will be continued and that MAP/surrogacy practices will be impacted. The artificial uterus will do the rest and surrogacy will no longer be required.

This should lead us to focus on a sobering aspect of bioethical reflection—the deregulation of embryo research that feeds the transgressions open to criticism. The only topic of bioethics capable of fuelling interest is MAP for all/surrogacy. Incredibly, MAP for all women is politically acceptable, but not surrogacy. And the debate will draw to a close. But this is just the tip of the iceberg. What we forget to comment on and what now stands out in all bioethics legislation is far more serious. It is the gradual liberalisation of various methods of reproduction to satisfy not only the needs of parents or medicine per se, but the aspirations of a supply-and-demand market. We have already witnessed the creation of three-parent embryos, human/animal chimeric embryos and transgenic embryos altering offspring, pending the creation of embryos by asexual reproduction which will be available just as soon as the technique has been perfected. Efficacy links these developments to gamete banks, to the extension of genetic control before procreation, during in-vitro fertilisation and through to the end of pregnancy.

It’s high time we realised that the transhumanism matrix represents the reconstruction of human beings that in-vitro fertilisation has imposed on us for forty years. MAP for all women and surrogacy are the spin-offs, variants and whims of this transhumanist hotchpotch. Denying one or other of these transgressions is beneficial up to a point if you do not question the source that allows them to develop in the first place, namely the very principle of MAP. How can we effectively criticise practises whilst being part of the overall mechanism that perfects them? This means that simply discounting MAP for homosexual couples, which is deemed non-medical, in favour of MAP reserved for heterosexual couples, which is considered medical, feeds the system that will continue to impose its spin-offs as technology advances. Historically, MAP, which is the transposing of animal breeding and improvement techniques to the human species, is antispecist in nature. Reduced to cell pairing, there is nothing to distinguish the conception of a child from that of an animal. Therefore, MAP is never medical as long as the human embryo can be created, undone, remade and perfected in response to market solvency. The real disruption in transhumanist terms is neither MAP for all nor surrogacy, which are outmoded means of DIY, but the arrogance of assembling a human being on a production line through the processes of selection, freezing, thawing, enhancing, transferring, assigning to third parties, handing over for research, dissecting on laboratory benches and culminating in destruction. Determination to see “progress” in MAP is the first step towards transhumanism.