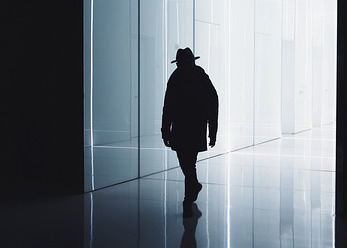 DNA testing has revealed its secrets: Jan Karbaat is the genetic father of the 49 children who have been suing him since 2017. This former fertility clinic director, who died two years ago, is suspected of having provided his own sperm instead of donors’ in the 1980s, even going so far as to falsify the sperm bank’s data (see Dutch doctor accused of fathering at least 200 children in his own fertility clinic). “Alerted by the low resemblance between some children and their supposed donor,” as well as by the common features of all these children, several families formed a collective to demand that Jan Karbaat undergo a DNA test. He vehemently opposed this until his death, as did his widow afterwards.

But one month after he died, the courts ordered personal belongings to be seized at his home for genetic testing. The first analyses proved his paternity for 19 children. In February 2019, there was a new twist: a judge ordered Karbaat’s DNA profile to be made public, thus giving each child the opportunity to personally investigate his or her parentage. A series of tests carried out on Friday morning in a hospital in Nijmegen, the Netherlands, has just revealed the identity of 49 direct descendants. And there are “likely to be more of them,” said the Dutch news agency ANP.

Judicial authorization of the paternity test has “placed the children’s rights above those of Karbaat and his family,” said Iara de Witte, an advisor at Defence for Children. “Now, after years of uncertainty, the plaintiffs can finally close a chapter and start processing the fact that they are one of Karbaat’s many descendants,” she added.

Turkey has become a favourite destination for Western couples looking for low-cost in-vitro fertilization treatment. It attracts both American women, who cannot afford an IVF cycle in their own country [1], and European women, who do not have access to MAR in their country due to waiting lists or legislation. The situation has reached such an extent that Turkish fertility clinics now welcome as many ‘tourists’ as Turks. Nevertheless, a few criteria must be met: only married heterosexual women are accepted and gamete donation cannot be used.