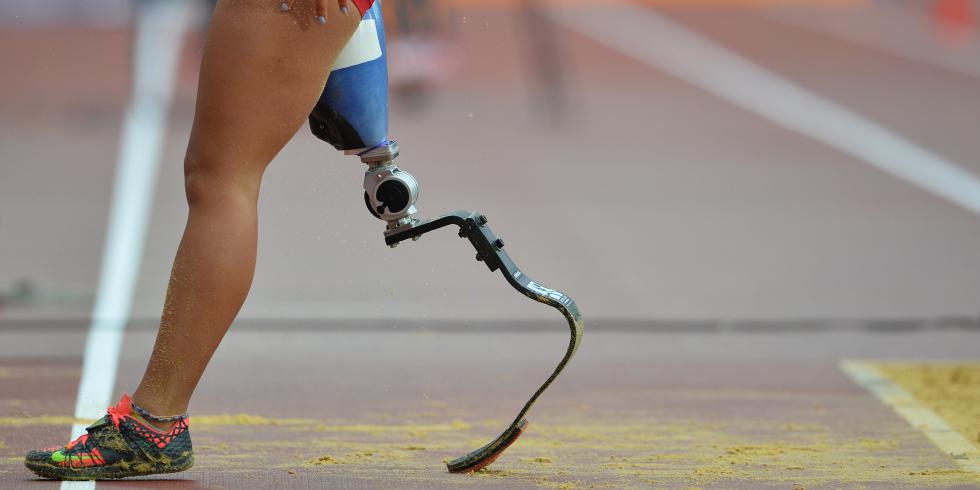 Marie-Amélie Le Fur, Paralympic Athletics Champion and medal-winner at the Rio Olympic Games “warns against the temptation to over-instrumentalise the body”. She runs with a blade replacing her left leg – a prosthesis that makes her particularly attentive to “scientific advances”.

For this top athlete, “the key issue is to take the right direction” when researching how to improve performance:”There’s no point in trying to offset a disability by making the person stronger than before. Would I be happier if I still had both my legs? I don’t know. In all probability, I might never have accepted the sacrifices that I did, or never have had this desire to fight. Material factors still cannot replace human factors – and will never replace a limb. You have to stop when you feel you’ve given 100% of your basic ability”.

Conscious of the risks of the “improved human”, she pointed out that “technology must not be used to boost performance but to protect the body”. She is concerned about the change in attitude to the wearers of prosthetic limbs: “Before(…), people used to say,‘She’s coping well with her prosthesis’”. Nowadays, “there is more resentment”, and people say: “anyway, it’s easier with a prosthesis”.

Her observation calls for caution: “Sometimes I’m asked to what lengths I’m prepared to go. I’m afraid of transhumanism. We are losing sight of the real issue by attempting to over-instrumentalise the body. Will we be able to control the amount of technology we apply to the human body? Not really sure”.