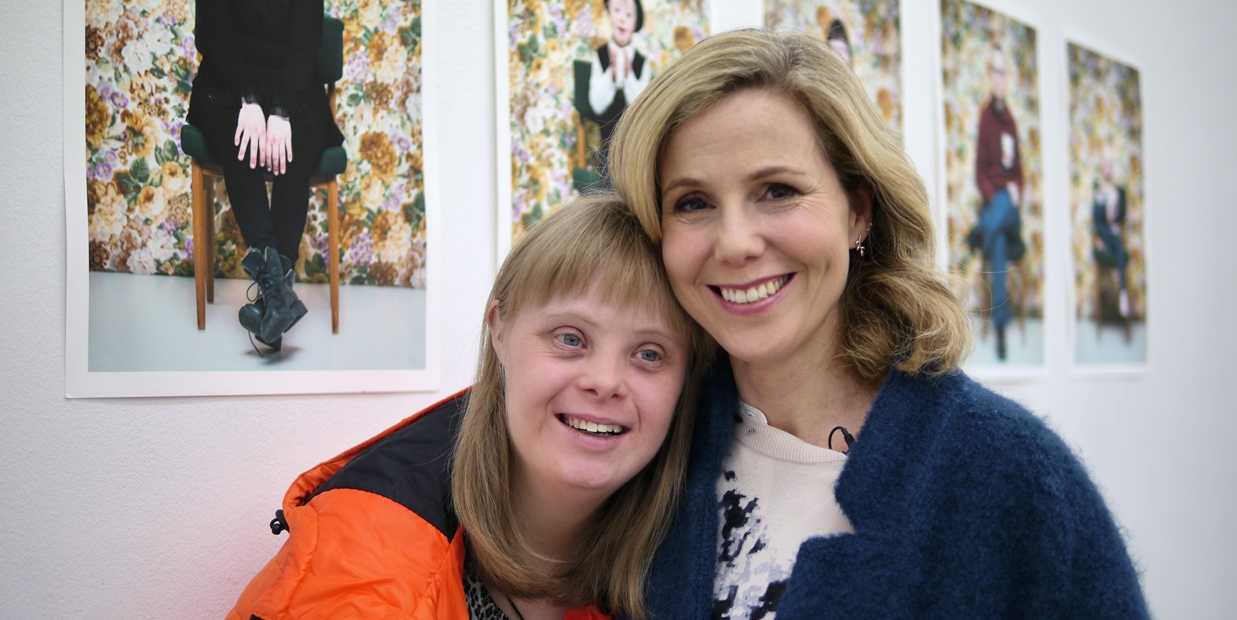 Sally Phillips: Are we heading towards a world without Down syndrome?

In the United Kingdom, ninety per cent of children screened and found to have Down syndrome before birth are aborted[1]. Whereas the Government is getting ready to announce the use of NIPS [2] via the NHS[3], Sally Phillips is concerned because it will increase this percentage even more. She produced a documentary, screened last Wednesday by the BBC, in which she explores the questions surrounding NIPS. Very few people are familiar with the realities of living with a person with Down syndrome. Why do women have an abortion following diagnosis? What information are they given to help them make their decision? “I made this documentary because I think that Down syndrome is not such a serious handicap to warrant major government investment”, she revealed.

For this actress and scriptwriter, life with her son Olly, who has Down syndrome, is nothing like she predicted. “People have nothing positive to say about people with Down syndrome”, she said, outraged: “People say it was a tragedy, but in reality, it’s a comedy”. “There are more challenges, but more laughs, too”. She describes her family life as “just a bit funnier than other families”, thanks to Olly who is now 12 years old. “He is incredibly attentive. He is the only one of my three children who ask me on a daily basis how my day has gone. He has above average emotional intelligence”.

NIPS promises to prevent miscarriage associated with amniocentesis. “That sounds good”, observed Sally Philips, but with NIPS, more foetuses with Down syndrome will be identified and aborted. In Iceland, 100% of women who test positive have an abortion. She is afraid that her son will grow up in a world where parents choose not to have children diagnosed with “Down syndrome”. She explained that there are only 40,000 people with Down syndrome living in the United Kingdom.  “I suppose that most doctors have never met someone with Down syndrome, have never been friends with someone who has Down syndrome (…). It’s true, the description of a person with Down syndrome in a medical textbook and life with Olly who shares my home, are two different worlds”.

Currently, in the United Kingdom, one-third of pregnant women are refusing prenatal screening. Abortion-related statistics are “complex and are interpreted differently on either side of the argument”. All the experts agree that the way in which Down syndrome diagnosis is presented may influence parental choice. The Nuffield Council on Bioethics will publish a report in February 2017 following consultations with experts, doctors and families to assess the impact of NIPS.

Tom Shakespeare, from the Nuffield Council on Bioethics, believes that NIPS will not change much: “It allows women to make a clearer choice” like “conventional” prenatal screening. NIPS could even be extended to other genetic disorders. But he agrees with Sally Philips on one point: the way in which information is delivered to the future parents is crucial. “There is only the raw Down syndrome diagnosis. People want answers to the following questions – how will it affect my family? How will it affect my child? How will it affect their daily lives? Questions that NIPS is incapable of answering”.

[1] In the United Kingdom, almost 750 babies are born with Down syndrome every year and approximately 40,000 people live with this condition.