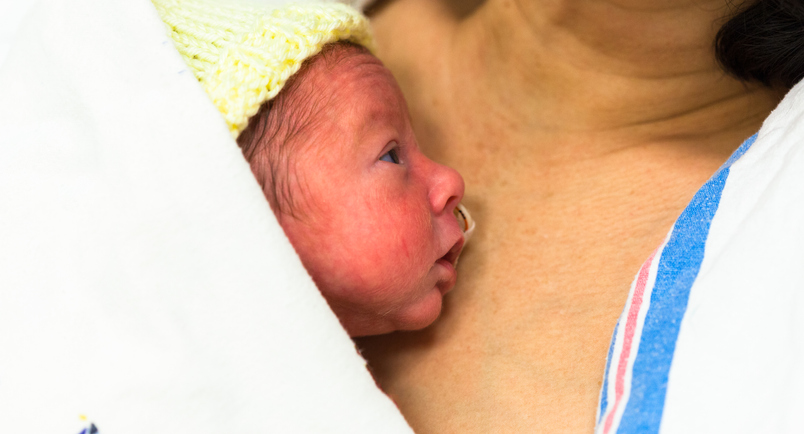 Thanks to medical advances, premature newborns are becoming viable earlier and earlier, with “tiny babies surviving at 24, 23 and even 22 weeks”. In the 1980s, it was generally accepted that babies were viable from 28 weeks onwards of a 40-week pregnancy. At this age, babies weigh about 1 kg. “I’ve been doing this job for 40 years and I’ve seen the threshold of viability drop by one week every 10 years in my hospital,” said Dr Edward Bell, a neonatal physician and professor of paediatrics at the University of Iowa in the US. Last February, a Japanese baby boy hit the headlines when he left hospital in good health five months after he was born at 24 weeks, weighing 268 g.

Sweden probably holds the world record for premature baby survival: according to a study published on Tuesday in the journal of the American Medical Association (JAMA), 77% of children born at 22–26 weeks between 2014 and 2016 survived one year. This is a country in which 88% of premature deliveries occur in hospitals with neonatal intensive care units, procedures are standardized and newborn resuscitation is systematized: immediate intubation, drug administration, and rapid transfer to specialized units. The effects are tangible since the survival rate was only 70% in 2004–2007.

“Previously when faced with a baby born at 22 or 23 weeks, a doctor could say it was not worth doing anything,” said Dr Mikael Norman, a physician and professor of paediatrics who co-authored this study. Since the 1990s, three major advances have greatly contributed to improved survival of these babies: the invention of artificial surfactants [1], injecting mothers with steroids [2] to accelerate maturation of their baby’s lungs before delivery, and advances in respiratory devices. In Sweden, the survival rate of babies born at 22 weeks has risen from 3.6% to 20% in 10 years, and the survival rate of those born at 26 weeks is 80%.

Another study that appeared in JAMA on Monday has published figures about American hospitals: “In 21 American hospitals between 2008 and 2016, 13% of babies survived who weighed less than 400 g and were born at 22–26 weeks. One of them weighed just 330 g”. While the risk of after-effects such as developmental delay remains, the results “show that survival is possible,” said an enthusiastic Dr Edward Bell, who co-authored this second study. “We cannot state clearly that these babies should always be resuscitated, but parents must be given this information and have a say in deciding whether to resuscitate,” he added.

In England – premature baby born before the legal abortion deadline

Born before the end of the legal abortion deadline: the story of one of GB’s most premature babies

[1] Artificial surfactants replace a substance that very premature babies do not yet produce in their lungs, and which helps them breathe.

[2] Steroid injections bring about the equivalent of one week’s lung maturation in a single day.