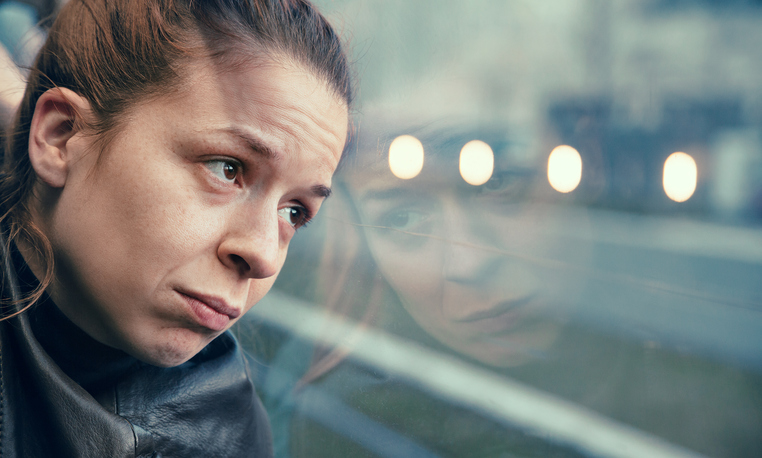 At the European seminar which took place in Brussels at the COMECE on last 22nd June on “Preventing Abortion in Europe”, Cherline Louissaint, lawyer, went over the risk factors for abortion : social precariousness, family instability, but also the false ideas that aim at separating abortion from contraception and sexual education[2].

Few people asked themselves about the reasons that push a woman to abort. In people’s minds, abortion is merely a choice of the women who got pregnant at a time when she didn’t want to have a child, without there being any need to understand the circumstances or “personal reasons” that led to such a decision.

That is how, to this day over one billion abortions have been carried out throughout the world since it was made legal[3]. In 2008, 44 million abortions were carried out on a global level. Abortion is particularly practiced in our western societies, the EU alone counting about 650 000 abortions in 2012.

Thus, the abortion rate, which represents the number of abortions for 1000 women in age of procreating (15 to 49 years old), is substantially the same in 2008 at a global and European level, the figures being respectively 28 and 27 for 1000. In Western Europe, this abortion rate is 12 for 1000[4]. It should be noted that in Europe 30% of pregnancies end with an abortion, as most countries in Europe authorise abortion on demand[5].

If abortion was initially seen as the ultimate answer to a desperate situation, the reality of mass abortion shows that abortion has become a common and frequent way to avoid an unwanted pregnancy. However, the decision to abort is far from insignificant. Its seriousness and the frequency with which it occurs makes it important to understand the different aspects of such an act.

The decision to abort is necessarily inscribed within a given sociological, economic and cultural context which influences the woman’s choice. From there, one can absolutely understand that the context in which a woman is can cause her distress and push her into aborting. It is therefore far too simplistic to consider that the decision is taken peacefully, and put aside the reasons given by women who abort, considering them personal reasons, without trying to identify the problem and look into it.

Although wanted pregnancies occur a lot, all women who are in this situation do not chose to abort. What, then, are the reasons that push one woman into aborting and not another? (I)

Getting answers to these questions will thus enable a reflection over the prevention means and other alternative solutions which would help to avoid such an outcome.

These solutions are all the more important as abortion is very far from being a banal act, and is often heavy with consequences for women but also for their current or future partners.

By relying on the many statistic studies and national or international reports, it is interesting to bring out the risk factors of abortion, concerning both the woman’s personal environment but also the society in which she lives. Indeed, these factors are not automatic, meaning that a woman placed in a given context will not automatically chose to abort, but these factors do allow one to understand in what situation a woman would be more incline to abort.

It has been observed that certain situations will have an incidence on a woman’s tendency to abort.

Women with a low education level also have recourse to abortion more often. If one looks at France, among the women who don’t have their baccalauréat (equivalent of A levels), 35% have had multiple abortions. Likewise, in Italy, 92% of women who abort don’t have a university degree.

In France, single women are more and more concerned by abortion, the rate going from 44.1% to 51.7% from 1990 to 2011[8]. Amongst women who abort, the percentage of single women is far more significative in Whales and England where they represent an ever-increasing overwhelming majority, going from 77% to 81% between 2004 and 2014[9].

– Pressure from family and friends

It can be noted that women who abort very rarely decide on their own, but are often influenced by their family and friends. A German study brought up the fact that in 29% of cases, the woman choses to abort because her partner pressurised her into doing so.

This observation is all the more visible in adolescents, of which 46% in France abort after having been pushed into doing so by family or friends.

B) The family’s social status

It has been observed in most EU states that family as an institution is declining. Indeed, the number of marriages has been halved (7.8 for 1000 to 4.5 for 1000) while the number of divorces has doubled (0.8 to 2 for 1000). Couples therefore cohabit more and there are more births outside marriage. The rate of these births has doubled in the EU over the last 20 years and included 40% of children in 2011.

However, this weakening of the family structure has a strong impact on the increase of the abortion rate. Indeed, as Nathalie Bajos rightly says, by becoming today’s norm, marital instability leads to a strong recourse to abortion since the fact of finding oneself in an unstable couple situation is one of the main causes for abortion.

This family instability can particularly be explained by the fact that sexual youth lasts longer. Indeed, youth start having sexual intercourse at an earlier age, the world average age being 17. This explains the reasons why, between 1970 and 2006, the average number of partners has risen from 1.8 to 4.4. While before, 70% of women’s first partner became their husband, currently only 20% of women are in this case.

Early sexual intercourse is due to the legalisation of contraception but also the trivialisation of sexuality through sexual education, given at an increasingly early age.

Thus, it has been noted that in countries in which sexual education has been democratised at school, the rate of adolescent pregnancies is far higher, and therefore so is the abortion rate. Sweden, where sexual education was implanted in 1942, is a good example. Though, in most countries around the world, the pregnancy rate has decreased these last years, it is not so for Sweden where the rate was 29 for 1000 women in 2010, with 69% of adolescent pregnancies ending with an abortion. Thus, Sweden has the highest abortion rate in Western Europe with 15 for 1000 women in 2014.

Inversely, in countries in which the family institution has been preserved, one can observe a low abortion rate. This can be explained by the fact that the arrival of a child, even unexpected, still appears as a positive surprise.  One can quote Poland, where having a family has remained one of the most important goals in life, before work or hobbies, etc.

Besides, the countries in which the family institution has been preserved are those in which over 80% of the population are Christian believers. This helps to maintain a high marriage rate and, thus, preserve the institution of marriage. It automatically has an influence on recourse to abortion in those countries, since, statistically speaking, married women have a lower abortion rate compared with a population of single women or of women who cohabit with their partners. They, on the other hand, represent a large percentage of the women who abort.

On can note that in those countries, sexual education came in late (Ireland, 2003) or is even non-existent, such as in Italy where no law was ever voted on the question and where the abortion rate for underage girls is one of the lowest in Europe, with 4.4 abortions for 1000 women.

From there, one can see that contrary to common beliefs according to which sexual education causes a better awareness of youth and helps to avoid unwanted pregnancies, it is not so, and even has the opposite consequence of increasing the number of unwanted pregnancies.

One can see that the ideas a society conveys has a direct impact on sexual behaviour. This was observed in the US, where the pregnancy rate was particularly high and where an abstinence campaign led from 1991 to 2005 helped to halve to number of students having sexual intercourse, going from 33% to 66%, thus drastically decreasing the adolescent pregnancy rate by 51% (from 117 to 57 pregnancies for 1000 students).

A) Countries with a high contraception rate

On can then easily understand that a woman who doesn’t wish to have a child before 30 or 31 years old but has, however, been having sexual intercourse for about 10 years has already, repeatedly, had recourse to abortion; thus; 43% of women who aborted in 2014 had already done so in the past.

B)  Countries with a low contraception rate

Inversely, one can note that countries in which the recourse to contraception is low are the countries that managed to maintain a low rate of abortion, or even decrease it. Thus, in Italy, the number of abortions has been halved (from 235 000 to 103 000).

The example of Belarus is also telling. Despite demographic, sociological and historical similarities with Russia, Belarus managed to decrease its abortion rate quite significantly between 1990 and 2010, going from 106 to 13.5 for 1000 women, while Russia was only able to decrease its abortion rate from 114 to 34 for 1000 women. Likewise, the contraception rate in Belarus is far lower than in Russia, 74.4% against 77.3%

The decrease is all the stronger in Poland where the level of abortion is only 0.09 for 1000 women. Though it is true that the law restrained the possibility to abort legally in 1993, there had already been an obvious decrease of abortion between 1989 and 1992, gap during which the abortion rate had gone from 8.8 to 1.2 for 1000 women. Besides, the contraception rate in Poland is particularly low, 70.5%.

How can one explain the fact that public policies end up having the opposite consequences to that for which they had been prescribed?

One of the explanations could lie in the fact that contraceptive methods are not used properly by women. Indeed, when one analyses various studies, it is noticeable that a great majority of women who undergo unwanted pregnancies were using contraception at the time they became pregnant. A study led in the US has shown that during her life, a woman experiments in average 1.8 failures concerning her contraceptive methods during her sexual life. Another study shows that among the women who became pregnant while taking the pill, 76% had not used it properly.

Besides, an experiment carried out on a group of women, that consisted in sending them a message to remind them to take their pill, did not help to improve their utilisation as they forgot to take it 4.7 times per cycle anyway.

It is interesting to couple this explanation with the fact that societies in which the abortion rate is most high are societies in which planned parenthood has been strongly developed. One can note that social norms regulate reproductive practices, and that women’s inclination to abort varies depending on what life cycle there are in.

Such family planning therefore has a strong influence on abortion rates. Abortion has become a contraceptive method, the same as any other. Its consequences, however, are far from benign.

[1] the Commission of the Bishops’ Conferences of the European Community.

[2]  Text published with the authorisation of the ECLJ, organiser of the seminar in Brussels.