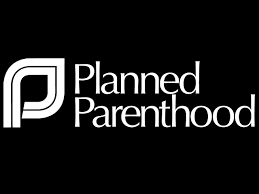 Planned Parenthood: a company at the heart of the sale of the organs of aborted children

For a few weeks now, an organization of American journalists, the Center for Medical Progress (CMP), has been broadcasting videos filmed with a hidden camera, which reveal a scandalous activity carried out by Planned Parenthood: the sale of the organs of aborted children [1].

It may seem surreal, but these facts are backed by evidence collected thanks to months of investigation and infiltration. Several members of the CMB were thus enable to record various meetings held by key members of Planned Parenthood as well as its subsidiaries, and managed to get them to admit their activity.

The International Planned Parenthood Federation, IPPF, is an international NGO that works on promoting family planning [2]. To this end, it has hundreds of clinics worldwide and thousands of members that promote family planning, supplying women with contraception or providing them with the means to abort all over the world. In the United State, it is the largest abortion institution, and this without counting the great number of connected clinics and laboratories. Its budget in 2014, which enabled it to finance its international activities, added up to 126 million dollars, of which 90 million were allocated by state governments.

Thus, on a global level, Planned Parenthood is the first point of contact for women who wish to abort.

As shown by the various videos on the Center for Medical Progress, the family planning organization has been selling the organs of aborted foetuses (livers, hearts, kidneys, lungs, …) to companies, laboratories and universities for years, and this for only a few dollars (between $30 and $100). If possible they even try to sell the whole foetus in one go. Among the guilty are “Stemexpress”, an international company which then resells “human organic material” to pharmaceutical laboratories, and the State University of Fort Collins (Colorado). Second semester abortion thus comes as a source of profit for Planned Parenthood, which not only charges the pregnant women, but then also makes profit on the sale of the foetuses’ bodies or body parts.

All the videos that have been broadcasted stage key members of Planned Parenthood or of closely related subsidiaries, people that have or have had responsibilities, readily admitting having made partnership agreements with various companies and having sold aborted children. It is all there; the transaction details, the difficulties of getting the foetuses’ bodies out without damaging the organs, the risks of second semester abortions, the average prices, the main buyers, as well as the discretion needed in order to avoid being sanctioned by the authorities: it is all explained and admitted to by the members of Planned Parenthood.

Organs of aborted children, what for?

Whole foetuses or foetus organs not only present a scientific interest, but can also be used in the production of medical and cosmetic products.

After last year’s news revealing that over 15 000 children aborted in the UK were incinerated, some of which were used to heat the country’s hospitals [3], we now know that in the US the bodies and organs of aborted foetuses can be sold to companies, which use their cells and body tissues. For example, a triple vaccination against mumps, rubella and measles is made from tissues cells of aborted foetuses [4].

Tissues and cells can also be found in creams and cosmetic products. In 2010, the press revealed that one of Neocuttis’ anti-wrinkle cream contained skin cells of aborted foetuses [5]. Back then it was said that mothers had agreed to donate the cells. It has now become clear that it is all part of a huge market; a market in which the family planning organization gets a lot of demand concerning body tissues. As a matter of fact, the fundamental interest of the organs of these aborted children lies in the properties of the foetuses’ tissues: “After having operated on foetuses in utero, researchers realized that, once born, the babies had no scars. They therefore concluded that foetal cells must have regenerative properties. [6]”.

The videos aroused strong reactions among the American political class, reactions that however had only very little effect on altering the usual Democrat/Republican cleavage. Hilary Clinton and Barack Oboma still show unwavering support towards the organization, while republican governors are withdrawing subsidies and have started investigating Planned Parenthood.

Considering the seriousness of the facts which, in the present state of American law, may be subject to legal action, Planned Parenthood should suffer lasting damage.

What’s more, this scandal maximized any chance of a federal law against abortion after 20 weeks, and this whatever the reason, of passing in the whole of the United States. Both the House of Representatives and the Senate voted on Tuesday 22nd September with 54 voices against 42. The necessary quorum to pass the bill was 60 voices. Therefore, despite the favourable context, the bill was rejected.

Jurist for the European Center for Law and Justice (ECLJ)

All the information concerning this subject found in this article was taken from various videos and press releases issued by this organisation, at the following address: http://www.centerformedicalprogress.org/