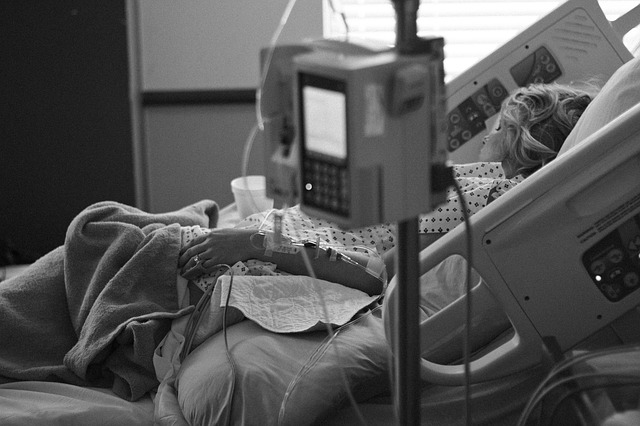 Placed in a medically-induced coma but aware of what was going on around her, she remembers doctors wanting to switch off her life support machine

On 14 March 2015, 40 year-old Jenny collapsed with pain. “She felt pins and needles in her legs” – a condition diagnosed by her doctor as “Guillain-Barre syndrome“.

Within hours of arriving at the hospital, Jenny “stopped breathing and had a cardiac arrest“. She was placed on a ventilator, in an artificial coma“.

Today Jenny gives an “account” of those days which were “the most traumatic days of her life” as she lay motionless in a coma. “I was not responding to any basic reflex test. The doctor believed I had no chance of recovery and that I would be a vegetable for the rest of my life. ” “She remembers those words because she heard them. Motionless in her coma, she nevertheless heard what was going on around her.” Jenny remembers ” the time when the doctor explained to her husband that it was time to let her go, and switch off the machines“. But Jenny’s husband refused and “asked them to wait“. “I always said to my husband, if ever I end up on a life support machine, let me go. I’m so glad he didn’t listen to me. “

A short time afterwards, the doctors eventually diagnosed Guillain-Barre syndrome. With appropriate “medication“, Jenny who has now “made a virtually full recovery“, will be discharged in a few days.