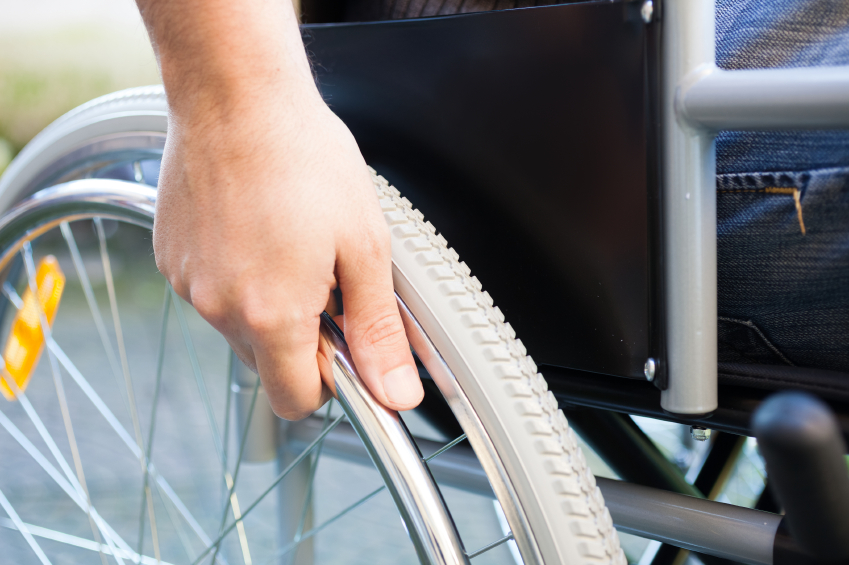 Paraplegics walk again thanks to spinal implant and intense rehabilitation

Three individuals with paralysed legs managed to walk again without stimulation. Although American researchers recently got a paraplegic individual to take a few steps by electrically stimulating the spinal cord (see United States: paraplegic walks a few metres with electric stimulation), a new Swiss study has highlighted the possibility of stimulating the recreation of certain nerve connections by the body itself, thereby allowing the patient to control their leg muscles once again.

Grégoire Courtine, a neuroscientist at the Ecole polytechnique fédérale de Lausanne (Swiss Federal Institute of Technology in Lausanne) and Jocelyne Bloch, neurosurgeon at the Centre hospitalier universitaire vaudois (Lausanne University Hospital Centre), have published their study known as STIMO, which stands for Stimulation Movement Overground, in Nature and Nature Neuroscience. They worked with three paraplegic patients left with paralysed legs following accidents that occurred over four years ago. Aged 28, 35 and 47, all these patients experienced some sensations in the legs. They therefore had some anatomically intact nerve fibres even if they weren’t functional. Most of the walking action is controlled by 5 cm of the spinal cord in the lower back. If the lesion is higher, the brain can no longer send electrical impulses controlling the muscles used in walking. The spinal implant initially replaces the brain messages: “Stimulation must be as precise as a Swiss watch. We implant a series of electrodes above the spinal cord, which allows us to target individual groups of leg muscles”, explains Jocelyne Bloch. “Specific electrode configurations activate specific areas of the spinal cord, thus reproducing the signals that the brain would use to stimulate walking”, adds the researcher. After one week of calibration, the three patients could already coordinate their movements and walk using a weight-bearing harness.

In a second stage, the precision of the stimulation amplifies the brain signal in a perfectly coordinated manner to “reawaken these damaged nerves and thus reconnect the brain and the peripheral nervous system”, because “some spared fibres can establish new connections over short distances. This is called ‘local budding’“, explains Grégoire Courtine. Thus the three patients were able to gradually start moving their legs even after electric stimulation had stopped. “The timing and location of electric stimulation are essential for the patient to be able to produce a voluntary movement. This spacial-temporal coincidence also triggers the growth of new nerve connections”, explains Grégoire Courtine.

After five months of “intense physical training”, two of the three patients could walk 100 to 200 metres using a walking frame. “Voluntary muscle control has improved enormously over the five months of training”, explains Professor Courtine. “The human nervous system has had a far greater response to the treatment than we thought”, he comments, full of hope for the many paraplegic patients who dream of walking again.

The thirty-strong Swiss team comprising neurosurgeons, neurologists, physiotherapists, engineers, neuroscientists and physicians will now embark on a study of twenty patients presenting recent spinal cord injuries. In fact, according to Grégoire Courtine, “it is very important to apply this type of treatment in the early stages, when the recovery potential is high and the neuromuscular system has not yet undergone the atrophy phenomenon secondary to chronic paralysis”.