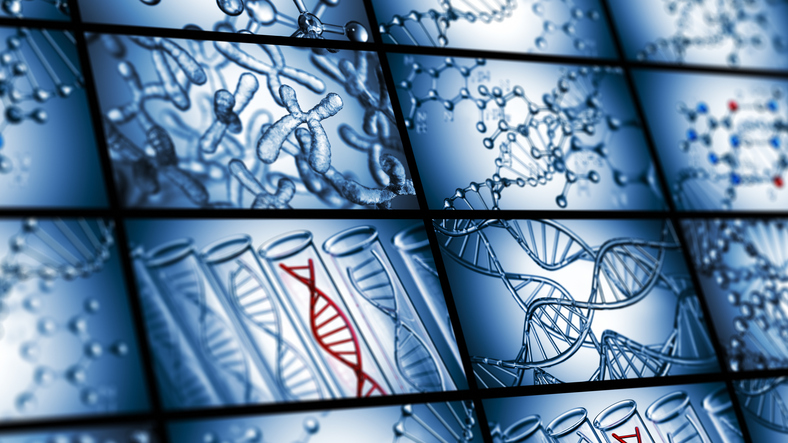 Out goes the soul, in comes the gene?

Our ancestors revered the soul as the principle of the body’s animation. The last few decades have seen a host of fascinating discoveries leading to a better understanding of the way our cells work and the differentiation mechanisms that lie at the origin of all living organisms. Is it the soul or the gene that forms the basis for the development of beings?  Dominique Folscheid, Professor Emeritus of Philosophy at Paris-Est University, deciphers the ambitions of science. An invitation to modesty.

Has the soul done its time? This is what Eric Gullichsen’s well-formulated phrase suggests, and at the same time it provides us with the programme of the future: “The DNA is a molecular soul. The brain is a neurological soul. Electron storage creates the silicon soul. Nanotechnology make possible the atomic soul [1].

For sure, if we look at the history of the soul, we can see that it is of nomadic nature. Depending on the author, it may be found in the heart, the lung or the belly, unless it has simply fallen from the stars to be trapped in an earthly body, as Plato suggests in Phoedo. Locating it in the gene would simply add a new episode to the saga of the soul, with the benefit of putting an end to the anxiety of Cabanis, who swore he would only believe in the soul when he found it with his scalpel. The gene, on the other hand, can be clearly seen under a microscope. Is this the end of a belief, with the bonus of putting a stop to the existential and spiritual anxieties that have plagued most humans for millennia?

On soul and body, according to Aristotle

When it comes to the soul, we must go back to Aristotle, the ultimate philosopher of the soul. What he says could make him look like an unwitting pre-geneticist, which would enable the modern geneticist to think he is the new Aristotle.

What does Aristotle say of the soul? It is the principle that informs matter and makes it a living body. But what does “matter” mean here? That it is certainly a substance, but not a material, because a material is already an informed matter – like marble, for instance. But the soul is not the sculptor of a pre-existing material, as was Pygmalion for Galatea, who was not yet a living being. The matter that will become a living body is therefore formless and indefinable, it is only a potentiality of life. Without the soul, it will never become a body. Aristotle gives us proof through the corpse: “if the whole body be destroyed, there will be no foot or hand, except in an equivocal sense,” (Politics I, 2, 1253 to 20). We may continue to talk about “body”, but it is merely a word. Deserted by the soul, it is left to the decomposition of its elements.

For the naturalist or materialist geneticist, the soul thus described clearly seems to evoke the genome. Especially as Aristotle adds that the soul is “something of the body” (De Anima, 11, 2, 413-b 20). Except that for Aristotle, this means that it is intimately linked to the body, and to a particular sort of body (animal or human), and not that it is a thing. It therefore cannot be taken apart from the body that it informs. This is the reason why Aristotle attacks authors like Empedocles, who make generation “a composition like a brick and stone wall”, making it “a mixture of elements keeping their individuality by a mutual juxtaposition of small parts” (On Generation and Corruption, II, vii, 334-a 26).

Predestined by our genes?

Who hasn’t heard it said that with molecular biology we finally have the basic “bricks” of life? But Empedocles went even further. He argued that all living beings are the result of combinations of always identical elements – exactly as with the alphabet, where the same letters, variously associated, produce very different words. A combination at the source of living beings, exactly as DNA is said to be… One might think that Empedocles was actually a pre-geneticist at heart!

With the decoding of the human genome, the discourse on the Great Book of Man makes its appearance. This derives from the Great Book of Nature, which Galileo said was written in mathematical language. Henceforth, Aristotle and Empedocles can be combined, since using the term “book” avoids reifying the constitutive elements of life by talking about “information”. This makes it possible to establish the link between genetics and computer science, paving the way for new modes of knowledge and new cradles of power…such as bioengineering. For if the soul resolves itself in a genetic program, it enters the only field – opened up by technological and scientific progress –where we can truly exercise our power.

It is understandable that at such a transitional time in genetics, the regrettable use of metaphors such as “programming” has wreaked havoc. Because a few well-identified monogenic diseases have been found, a wave of genomania has swept across the planet. They have allegedly discovered the gene behind homosexuality, homelessness, fidelity, and so on. One lunatic even claimed to have discovered the freedom gene, which is the antigen by definition. It has also been said that as a gene lay behind genius, if we could identify Mozart’s specific gene, we could produce another Mozart. As if we could transfer one body’s soul to another.

Genetic modification does not affect the being

However, genetics have moved on since then. It knows that it doesn’t know much about genes and that non-genetic elements are involved. It knows that genetic “programming” leads nowhere if there is no expression of their potential. An expression that depends on so-called “epigenetic” factors, either in the strict sense, to designate the mechanisms modulating gene expression, or in the broad sense, to cover everything that can play a role in our lifestyle, our diet, our psychic state. In order to create a new Mozart, it would be necessary to recreate a new Leopold (his father) without whose strict education the future genius would perhaps just become an excellent pizza salesman. But the belief in gene determinism nevertheless persists. It served as a backdrop for the exchange between Marilyn Monroe and Einstein: “If we had a child together, he would have my appearance and your intelligence”, said the former. “What if it were the other way around?” retorted the latter. In 2007, it led a prominent public figure to believe that one could “be born a paedophile”. Today, it enables American laboratories to sell Harvard-graduate designer eggs to couples who want outstanding children.

However, we can be impressed by the genetic manipulations carried out on plants and animals. We now know how to produce salmon that grow twice as fast with half as much food. Have we taken power over their souls? Certainly not. We simply modified an organism already begun, where the soul had done its work. We didn’t go back to the beginning of its life, it was already on its way. And what has been modified in the plant or fish affects only its ways of being, not the being itself.

What about man then? Aristotle answers us by asking why slaves have bodies resembling those of free men, and free men have bodies resembling those of slaves. (Politics, I, V, 1254 b 30). But if the soul informs the body, slaves “by nature” should have the bodies of slaves, since they are supposed to have such a weak soul that their soul is in the soul of their master. The only solution is that in man, nature provides only primary determinations, the way in which man humanizes himself depends on his “second nature”, made up of all the habits acquired in a given society, and on the way in which he shapes himself through his ways of being. The slave is therefore partly responsible for his condition. As Hegel says: “The human soul strives to master the body”. In the same vein, Coco Chanel said that at forty we are responsible for our looks.

What then can be said about the new madness concerning the appearance of Crispr-Cas9 – a simple and inexpensive new genetic manipulation tool – which is comparable to “molecular scissors”, capable of eliminating, replacing or inhibiting a fragment of DNA? The metaphor of the “Book of Man” draws a new lease of life from it: since we can act on the “letters” of the “programme” borne by DNA, we will be able to “edit” beings, as we would do with a text. Feeding the mania of the transhumanist movement, it opens the way to changing the human condition itself. And as usual, laboratories around the world have joined the bandwagon, funded by millions of dollars and unfettered by any therapeutic excuse. We have already had embryos from two mothers (by exchanging genetic material), and the Chinese are in the process of modifying the DNA of some patients (end-stage cancer patients, so there is no risk beyond making them live longer). And nothing will stop small back-street biologists and amateurs from trying anything. One American did just that: he injected himself with a manipulated cell in order to effortlessly increase his muscle mass.

What’s the solution? If we follow Gabor’s law, according to which everything that is technically possible will necessarily be achieved, we only have to sit and wait. This will take several generations if germ cells are manipulated, as they will transmit the changes and their effects on progeny. But if we listen to Leibniz, whose voice comes down to help us from the seventeenth century, we must resort to another principle: the “compossibility principle”[2]. This means that even for God, the Creator, all that is possible cannot become actual, because it is still necessary that what is possible be compatible. All gardeners and animal breeders who practise selection (mutagenesis) know this: they propose cross-breeding, and it is nature that decides. Whereas by genetically modifying nature (mutagenesis), we do not know how the genes will organize themselves, because targeting a gene does not prevent the systemic transmission of information. Nor do we know how the result will react in relation to other living beings. It’s like playing sorcerer’s apprentice.

But no matter what we do, even if we manage to give human beings gills or an elephant’s memory, to produce cutting-edge sportsmen and women, or to make them live 130 years by tinkering with their telomeres, one will only change their attributes, not what makes them humans with human souls. Witness Aristotle! But they will have to assume the compossibility of these attributes with a dignified existence. And that won’t be easy.