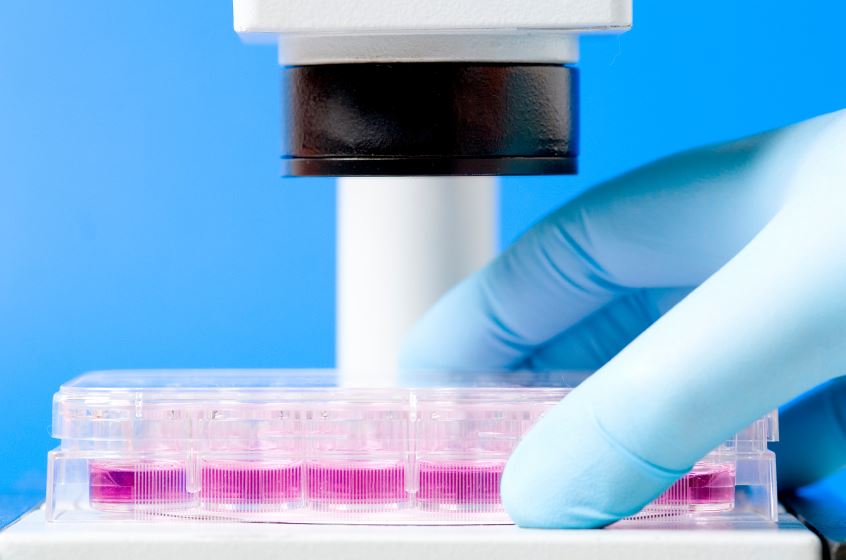 “Organoids” are no longer an element of sciencefiction: these “small-scale organs” exist and the techniques used to create them have advanced considerably over the last five years. Some are about to be marketed. They are “already a fast and profitable tool for pharmacological tests”.

An organoid is a 3-dimensional mini organ created from iPS stem cells “cultivated in suspension in an appropriate liquid medium” (seeScientists create “mini-organs” in vitro).

Thomas Hartung, Professor at the John-Hopkins American University in Baltimore, has created “mini brains the same size as the tip of a ballpoint pen” which should be marketed in 2016 for the American company, Organome. These mini brains do not have the real anatomy of a brain but possess some of its functions. The cells communicate with each other but, without any blood flow, they do not have access to the nutrients and oxygen essential for their growth. These organoids are used to study diseases caused by the defective development or degradation of a specific organ such as multiple sclerosis, autism, Alzheimer’s disease or Parkinson’s disease. They are also used for research into viral infections (e.g. Zika), trauma or cerebrovascular accidents.

Thomas Hartung believes that “organoids are the cell cultures of the XXIst century. An organoid can tell us more than a single two-dimensional in-vitro cell culture (…) but a compromise still has to be made between complexity and feasibility” because organoids are still “simplified organs”.

In Switzerland, the QGel Company has developed “tumoroids” – tumoral organoids that “can very quickly compare the effect of medicinal products on these tumours” in an attempt to prescribe the most effective treatment for patients. QGel is already selling its kits to research laboratories.