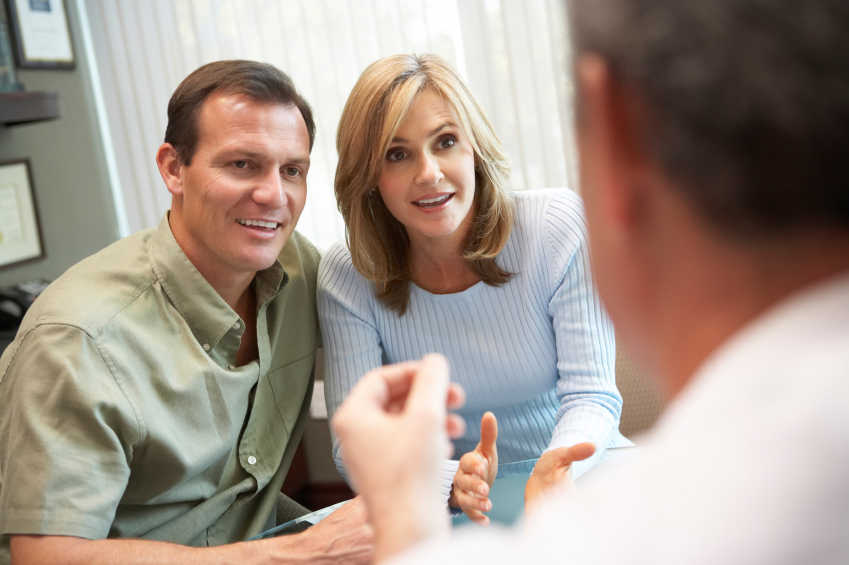 This summer’s news began with our institutions persistently trying to extend the scope of medically assisted procreation[1]. The regular buzz[2] created by the subject leads us to believe that this artificial child conception technique is the only solution for couples with subfertility issues. However, it is possible to restore one’s fertility naturally using naprotechnology, a multidisciplinary medicine, which is emerging in France. Investigation from Gènéthique

NaProTECHNOLOGY, Natural Procreative Technology, came from the US. It is a new type of medical science for human reproduction. “Neither parallel medicine, nor esoteric practices”, reminds Doctor Larel L., a French doctor who specializes in this field, rather a multidisciplinary type of medicine within the framework of classic medicine. It enables many couples with subfertility issues to have children by recognizing the women’s fertility signs, enabling personalized diagnosis and medical care or surgery.

NaProTECHNOLOGY therefore lies on a method of auto-observation which helps to identify along with the demanding couple, signs indicating subfertility or hyperfertility, in order to restore or regulate them. “Gynaecological health is as important as being aware of the realities of one’s body”, explains Juliette Chové, midwife and author of a book on the subject [3]. In case of subfertility, which is the subject treated in this article, NaProTECHNOLOGY offers a very regular follow up by an instructor and a doctor, both trained graduates of Fertility Care.

Couples, actors of their fertility

Elisabeth de Sansal has been an instructor for four years now.  She explains that couples with infertility issues hope for answers that are not always what society has to offer through medically assisted procreation. Indeed, what couples who are having difficulties first say is not “give me a child” but “why can’t I make a child?” NaProTECHNOLOGY doesn’t offer any ready-made solutions, acting as some sort of bandage, but rather aims at “understanding what is going on and finding a natural remedy”.

That is what makes it “revolutionary”. It offers an answer where modern medicine has lost “people’s therapeutic wellbeing replaced by an obligation of results”, explains Elisabeth. The instructors regularly takes on people who followed a medically assisted procreation programme beforehand. In vain. They all feel the same: their main concern (why can’t I have a child naturally?) was never considered or understood. More often than not, they complain about having undergone tedious medical treatment, without being asked, as though they had had no choice. NaProTECHNOLOGY, on the other hand, insists on the importance of listening to the couples (1h30 of interview as a couple every fortnight at the beginning), and on getting them to participate: they become the actors of a process in which they learn to read any signs indicating fertility.

A made-to-measure diagnosis founded on auto-observation

The “diagnosis” phase is carried out over several months, to have the time to observe the woman’s cycle. The idea is not to tell the woman: “Here is what you are not, and this is what you should be in theory”, but to understand her own cycle and offer the appropriate treatment. Quite often in modern gynaecology, doctors start off with the idea that a women ovulates on the 14th day and has her periods on the 28th day. In reality, there is not one cycle alike, particularly in couples that are having fertility issues! Thus, in NaProTECHNOLOGY doctors put in place a gynaecological follow up of the woman to identify, amongst other things, monthly bleeding and cervical mucus, according to objective and standardised criteria defined by professor Hilgers. It is thanks to this unique follow up and based on the observations made by the couple that the instructors and the doctor will be able to identify and then make a diagnosis of the symptoms that need to be corrected.

For example, Juliette Chové speaks of premenstrual spotting, slight bleeding that occurs before periods that can be a sign of infertility, but that are not identified in classic medicine and are categorized as “unexplained infertility”. She also comes up with premenstrual syndrome, a combination of symptoms more of less debilitating that occur before periods and which stop when they start: insomnia, headaches, depression, food craving, bloating, weight gain… The husband’s collaboration is essential. Premenstrual observation helps to question the quality of the pre-ovulation period. “Quite often, a premenstrual syndrome is related to an inadequate luteal phase”, she says, “It is an indicator of an insufficient production of progesterone, reveals an anomaly in the ovulation and can, amongst other things, cause a miscarriage. “  Observing the quality of the mucus can lead to diagnosing polycystic ovaries or other things: when it is inexistent or insufficient, the mucus doesn’t allow the sperm to go up the uterine cervix. This usually causes the couple to be classified in the “unexplained infertility” column. Among other notable causes, it has been noticed that the length of the postovulatory phase can be linked to ovarian failure, or painful periods to endometriosis… Finally, life style, food, reducing sources of stress… are very important elements to be considered and rebalanced.

Personalized observation of the woman’s cycle is completed by the medical examinations that the doctor in charge judges necessary in order to “push the diagnosis as far as possible”, explains doctor L. She brings up, amongst other things, the hormonal profile balance sheet of the patient, which is very precise in NaProTECHNOLOGY, because it is prescribed at a time matching the ongoing cycle: 7 days after the fertility peak rather than on the 21st day of the cycle, as recommended in standard gynaecology without the particularity of each cycle being taken into account. Likewise, ovulation ultrasound monitoring is greatly facilitated thanks to the observation of a fertility chart. The ultrasound results also enables the doctors the check the patient’s anatomy, and the sperm analysis the man’s fertility. Other examinations are carried out to check the fallopian tubes’ permeability or diagnose endometriosis, in case it went unnoticed during the MRI scan. These medical examinations are always “very personalized” reminds Doctor L. They are related to the observation chart of the couple, which remains “fully partner, actor, and responsible of everything that is suggested”. Dialogue with the couple has “a very strong impact on its capacity of dealing with the infertility issue”, one must not “underestimate the power of speech”, she insists.

Speech can be, in some ways, the first treatment to infertility in couples. It enables essential psychological factors to emerge. The simple fact of “saying” as a couple to the instructor can take away the more or less conscious pressure. An instructor recalls a couple in which the woman was turning towards adoption even though the man was not ready for it.  Once they had sorted that issue out, they managed to conceive a child naturally. Sometimes, psychotherapy can be necessary, as it was for that women who had no mucus. As a child, she had been mistreated, and did not feel strong enough to be a mother. “She somatised that anxiety and her difficult past”, explains the instructor. After going through psychotherapy, the couple managed to conceive a child naturally.

“Being followed by a sexologist may also be necessary », she carries on. Even in medically assisted procreation, these psychological factors are being taken into account more and more, because doctors are realising that this type of accompaniment gives better results than IVf[6].

The treatments can also be medical. Apart from a few differences, some medication is identical to the ones used in medically assisted procreation. “However”, explains Doctor L., “We base our prescription on the observation made of the couple in order to adjust the settings according to the women’s results”.

Finally, if ovary stimulation is necessary, the dosage prescribed is different than in medically assisted procreation: “Our objective is not to overstimulate the ovary”, she explain. “We don’t want to force nature but simply restore it as closely as possible to its natural physiology”. Speaking of which, Elisabeth, instructor, adds that “badly dosed ovary stimulation increases the risk of having multiple fertilizations, which can cause complications and even the loss of the foetuses, which poses an ethical problem”.

Finally, treatments against infertility can be diversified and request the intervention of surgeons (to treat endometriosis, organic cysts, adherence…), radiologists (to restore the tubes’ permeability…). Classic treatments, but always carried out alongside dialogue with the couples, the respect of the bodies, and over a given time: not more than 18 months.

NaProTECHNOLOGY is therefore a scientific and medical approach of the follow up of each couple’s fertility. A skill that arouses interest for various reasons: it is an ecological type of medicine, a natural method, a last chance after the painful failure of medically assisted procreation or the rejection of the medical “system”… However, NaProTECHNOLOGY is neither promoted in our society, nor is it known from the French medical body even though its success rate meets that of medically assisted procreation.

For the instructors, there is an explanation. This methods, includes having to move away from our society’s contraceptive logic”, of which the counterpart is “a child immediately”, when it is wanted. NaProTECHNOLOGY, on the contrary, needs time to take in an unknown body reality.

According to Doctor L., this situation is not inevitable. Twenty years ago, she used to work in one of the first units of palliative care, when it was still unknown. Nowadays, palliative care is everywhere. It is therefore not impossible that medical assistance for natural procreation goes the same way. In a few years’ time.

A short story of NaProTECHNOLOGY

For 1 couple out of 3, NaProTECHNOLOGY leads to pregnancy.

[5] Insufficient production of progesterone by the yellow body.