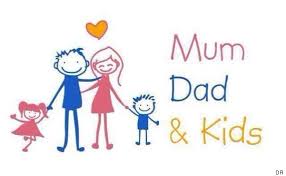 The European Union is carrying out an “enormous task every day in Brussels and its impact is extremely important for our own legislation”. This work focuses essentially on “all anthropological and social issues” even though these are outside the European remit. Furthermore, these laws “systematically forget the rights and needs of children, and are disconnected from human reality”. This statement was made by Ludovine de la Rochère, President of La Manif pour Tous et d’Europe for Family, and Member of the citizens’ committee, Mum, Dad & Kids.

Apart from the “genre ideology”, Europe is also “increasingly involved and strongly in favour of what it calls ‘reproductive and genesic rights’, a ‘modest’ expression that basically covers the identity of  genre, MAP without a father (for female and lesbian couples) and surrogacy”. These are the stakes that divide Europe because the “concept of anthropology differs radically” from one country to the next.

The European citizens’ initiative, Mum, Dad&Kids, was created in this context by associations from numerous European Union Member States. It recommends “the adoption by Europe of a double definition of marriage and family: ‘marriage is a lasting union between a man and a woman, and family is based on marriage and/or descendents”. This definition is “the lynchpin for all European countries”. For Ludovine de la Rochère, France is “directly affected by this citizens’ initiative because Europe is endeavouring by all means to achieve universal recognition for MAP without a father and surrogacy”. More than “700,000 signatures have been collected”with this initiative, which is legally scheduled to end on 3 April.