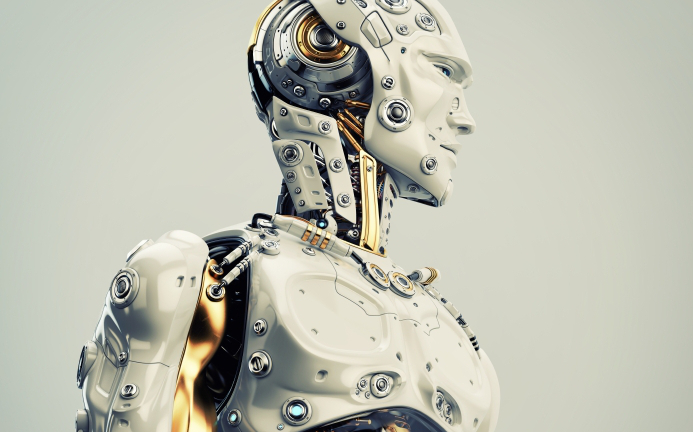 Jacques Testart: Resist Transhumanism, Why? How? (2/3)

With Bitterness and a little catastrophism, Jacques Testart expressed his feelings strongly: “It is extraordinary that a great number of militants have mobilized themselves against the ecocide but that the end of humanity, through anthropocide, inspires less concern and action than the disappearance -obviously dramatic- of bears or bees.” According to him, our fate should be sealed within three decades – around 2050. With this “promethean fascination” of the “augmented man”, there has been a clear break between generations and what, for centuries, we used to call, “wisdom” or “caution”.

How to oppose transhumanism?

Through mythological debates and para-religious thoughts served as an answer to our search for meaning and offering a desirable horizon, transhumanism creates fascination and fantasies. We therefore need to convince our contemporaries -especially the younger members- that transhumanists’ promises are delusional. We need to develop -universal- education and debate, though of little effect against the economic interests! And refuse words such as “artificial intelligence” or “intelligent object” which reduce human intelligence to the ability of machines to calculate.

Educating people is a “difficult and ungrateful art” which Jacques Testart experienced when, thirty years ago, he claimed that the selection of human embryos opened the way to a “new form of eugenics”. At the beginning, people listened, through his colleagues. Today, people are convinced about the “miracles of technology”, and “indifferent to transhumanist advances, of which eugenics is a master piece”.

So, “we cannot avoid a political fight against neo-liberalism and the ideology based on competition that feeds it.”

A series of technical victories will not give us the promised victory, “we will always be sick, always end up dying! This alleged immortality is not for human beings, but for cyborgs, heirs of our animal part burdened with mechanical biology”. We need to explicitly underline the deceit of transhumanist promises: immortality, which is only the perspective of mechanic reparations; the creation of the living, because “if we managed to create life, we would be dealing with something different from what we call life”.

We already have examples of failures concerning transhumanist pretences. Such as gene therapy, which “neglects the sometimes-serious pathogenic effects created by the unusual position of a gene added to the genome.” Or the modification of the human genome, that comes with uncertain advantages and risks causing mutations or epimutations. Caution then, when faced with the crazy promises of preachers of limitless progress.

Already, technoscience aimed at “improving the world by abolishing hazard” For transhumanism, “it is now all about renewing the world by giving in to random events!” These sorcerer’s apprentices “bring irreversible risks. When men pretend they can pilot evolution, we end up being faced with true ‘controlism’”. Men start thinking they are equal to God while the potentially suicidal character of this belief comes to the surface.” In December 2014, the physician Stephen Hawking declared: “… I believe that developing a completely artificial intelligence could end the human race”.

Jacques Testart insists: “Transhumanist currents pretend they accept the moral principles such as traditions or religions set them, while their search for effectiveness can bring out certain values, more favourable to competition than any alleged moral value.”  But “what is currently in motion seems to be a new religion. Why should it not, also, create its own morality? A morality that, today, men could see as criminal, selfish, or completely immoral?

Many researchers are “invested in fields of which the potential outlet clearly matches the transhumanism objectives”. And innocently, claim they are only doing research!

Faced with the transhumanist threat, here are a few current propositions: A very insufficient  Hippocratic oath pledged to by researchers who promise not to do any harm; A Manifesto from the Association Science Citoyenne (of which Jacques Testart is the president of honour) for scientifically responsible research , the refusal to merchandise science become technoscience, the search for the “common good” in research, responsible researchers, the promotion of “slow science”, “which provides time to reflect and find the common good, refusing the violence of imposed novelties”.

In 2016, the INSERM’s ethics committee recommended that “all research should be led freely in France”, “including on germ and embryonic cells”.  These recommendations were not contradicted by the institutions and were supported by the Parliamentary Office for the evaluation of scientific and technological options. This “naïve or devious” separation between research authorized by principle and its applications, which would need to be placed under control, subordinates the ethical positioning towards research results, i.e., the demonstration of their effectiveness and apparent innocuity. “Already, in several states, researchers are, with impunity, ignoring the Oviedo convention (1997) which bans gene modifications of human cells if they are transmittable to the descendance.”

Today, “ethics are reduced to a minimum service by ‘bioethics’ which only consider the freedom of humans as the permission to act given to individuals”. As says the psychanalyst Monette Vacquin “this moment in time is characterized by an unprecedented attack of the Other, annihilated by control, of our differences, abolished by chimeras and hybridation, of the sensitive body, through prophetic suggestion, of the mind, in its reduction to its functional aspects alone, of prohibition finally, through its disqualification in the name of the search for freedom”.

The issue concerning bioethics is first and foremost limitation. Where does one place the boundaries of permission and who decides? When in 1986, Jacques Testart suggested setting a radical limit, “that of not having recourse to embryonic sorting”, because of the risk of eugenics, political leaders objected “that one cannot argue over a still hypothetical risk and prevent a biomedical action claimed by patients and practitioners, and that it was therefore important to wait, in other words, to leave things as they were…”!

To read the rest of Jacques Testart’s lecture: