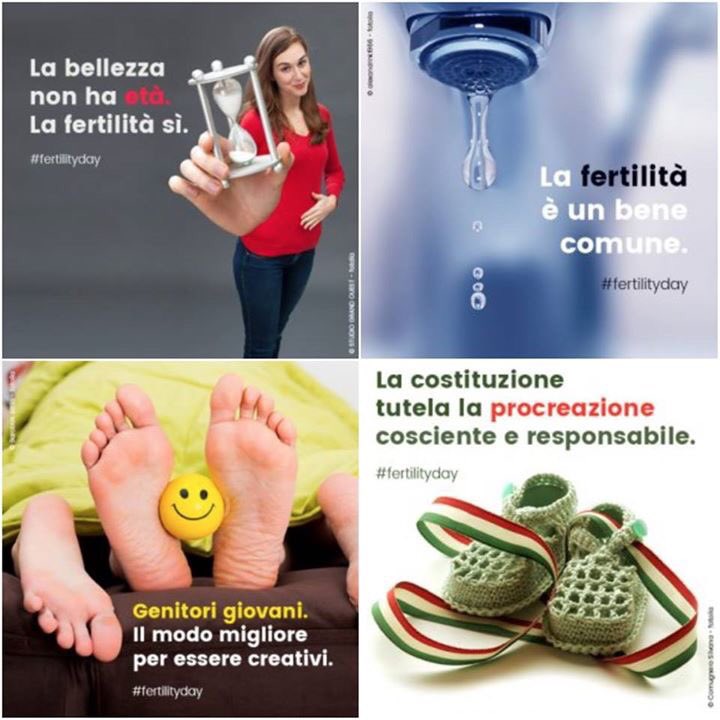 Italy: a campaign to boost fertility does not have the desired outcome

The Italian Ministry for Health has launched a campaign intended to boost fertility rates as part of a national fertility plan adopted on 28 July 2016. With a fertility rate of 1.37 children per woman, Italy ranks in 208th position out of 224 countries. However, campaign slogans such as “beauty is timeless, but fertility is not”, “fertility is a common goal”, “young parents – this is the best way to be creative” and “the constitution protects conscious, responsible procreation” – were badly received. Deemed “sexist and condescending” by feminists, the campaign has caused a furore on social networks. It has nevertheless been supported by a group of family defence associations. In the light of these critical remarks, Health Minister Beatrice Lorenzin announced on Friday that the campaign was going to be reviewed: “We did not set out to offend or incite anyone”, she declared.