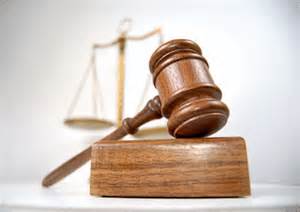 In Canada – three adults acknowledged as legal parents of a baby

Last April, the Newfoundland Court in Canada recognised three legal parents—two fathers and one mother—of a child born naturally in 2017. This is the first known co-parenting case for a child conceived naturally.

Although the mother’s identity has been confirmed biologically and legally, state law does not allow both men to be recognised as the fathers. During the ruling, Judge Fowler invoked the Court’s parens patriae [1] jurisdiction to ensure that the rights “of a vulnerable individual” [the child] are protected in a situation where they would not otherwise be protected.

This decision is debatable. Indeed, the law allows a judge to request genetic testing. If consent is required but the individuals concerned refuse to undergo the test, the court can draw its own conclusions. Furthermore, if paternity is uncertain because a woman is sexually involved with two men, either “no-one is legally recognised as the father” or the court can conclude that one man is the father, based on the “balance of probabilities”. It’s one or neither.

In justifying his decision, Judge Fowler referred to a “gap” in the legislation: “There is little doubt that the legislation in this Province has not addressed the circumstance of a polyamorous family relationship as is before this Court”. He minimises or disregards the implicit legal judgment which deems that it is in the child’s best interest to have only one legally recognised mother and father.

[1] In modern Canadian family law, the ruling is that a court can exert its parens patriae judgment when there is a gap in the legislation, when a circumstance arises that is not covered by a relevant law, rather than dismiss the case without resolution or appeal. However, when a law applies, the judge must ensure that it is followed.