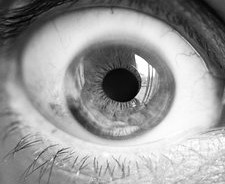 Human tissues soon to be on sale in Belgium

Belgian Health Minister, Maggie de Block, wants to authorise the sale of human tissues by amending the 1986 law governing the harvesting and transplanting of organs. Currently, human tissues (bones, cornea, blood vessels, etc.) harvested from donors before or after their death, are stored in biobanks which are accessible only to doctors and research scientists.

The minister wants to give industry and commercial companies the right to access these biobanks. Professor Eric Mortier, from UZ Ghent, argues that “access to the tissues could constitute an added value because companies have the resources to assist scientific research”. Maggie de Block has already submitted a draft amendment to the law.

The Conférence des Hôpitaux Académiques de Belgique (CHAB) (Belgian Conference of Academic Hospitals), which attended all committee debates, fears an abuse of power. Since donor consent is assumed, industries will also benefit from this “implied consent”, but Marc Decramer, President of the CHAB, believes that “the patient consent procedure is not adequately regulated in Belgium”. At the very least, the Belgians should be informed in a transparent manner so that they can make informed decisions, but the minister has “not confirmed that there will be an information campaign on the subject”.

The import-export issue is also crucial. If Europe “cannot make a profit on the sale of human tissue on its own territory”, there is nothing to prevent companies from trading with the United States, where prices are “exorbitant”, or with China and India to reduce purchase costs. The Minister points out that the imported tissue “should comply with Belgian quality standards”, but the risks of control problems cannot be ruled out.