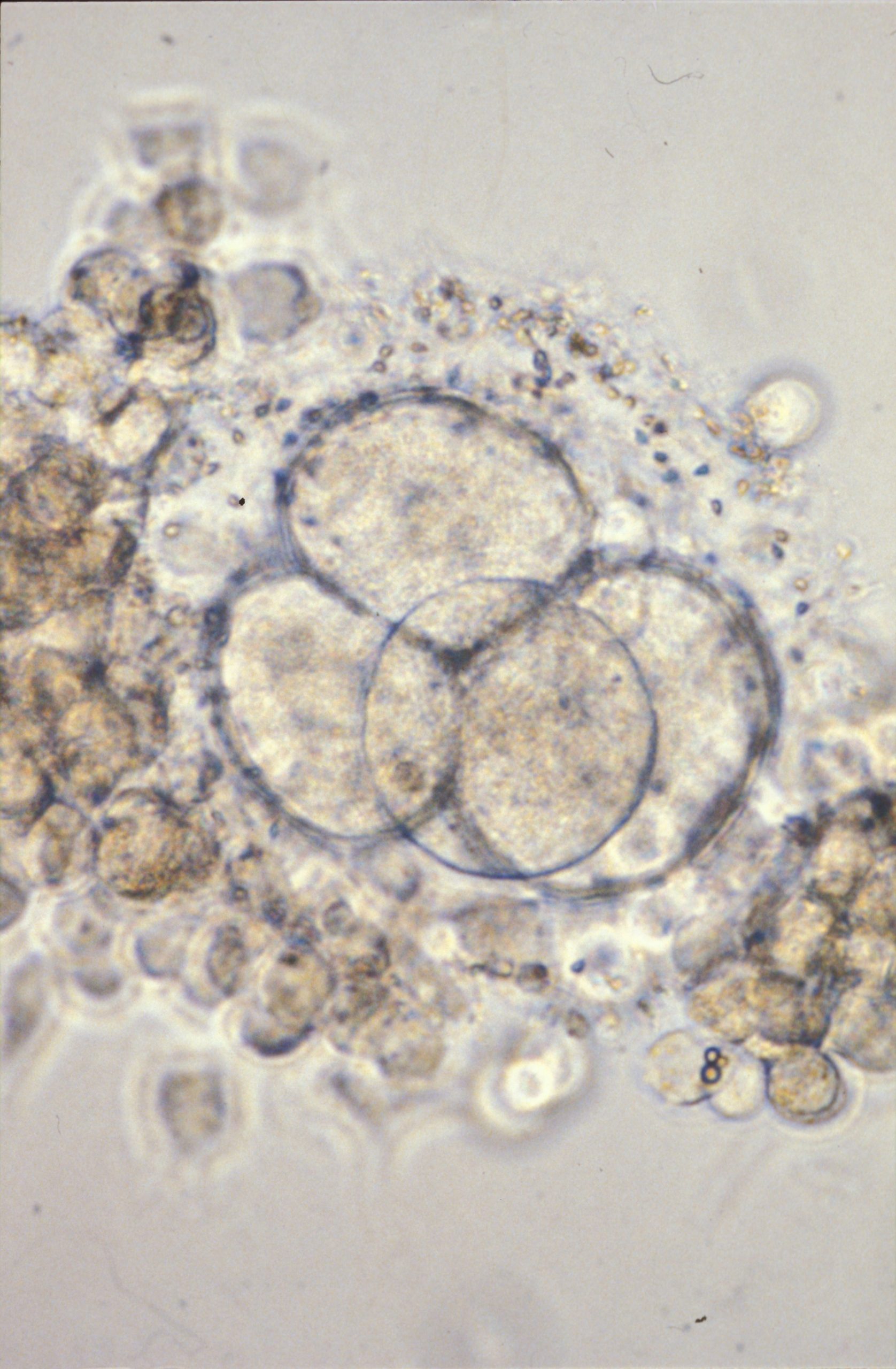 The creation of sick hybrid clones

A team of biologists from King’s College of the University of London had demanded six months ago from the Human Fertilisation and Embryology Authority (HFEA) the authorisation to create these embryos through cloning by introducing somatic human cell nuclei to rabbit, pig or cow enucleated oocytes. This hybrid would thus not be a chimera resulting from the fusion of two cells or of two embryos but the fruit of inter-species cloning. The stated objective is to understand certain incurable genetic illnesses such as Alzheimer’s or Parkinson’s disease. The cells would be taken from sick patients and would thus carry the gene responsible for the disease.

This embryo, called “cybrid” (by fusing the works “cytoplasm” and “hybrid”) would not be completely human. In effect, the DNA in the nucleus of the cell would be human, but the mitochondrial DNA of the cytoplasm would be animal. For Stephen Minger, researcher at King’s College, the authorisation of the creation of human-animal hybrids will offer scientists of the whole world incomparable and unlimited biological material for the analysis of a disease, to consider therapeutic molecules and test them on a broad scale of human subjects. Professor Marc Peschanski believes that “hybrids represent an interesting alternative”, even if he recognises that the objective of this creation is not treatment but medical research. “To say that cell therapy will be done from hybrids is a red herring which is not realistic”.

In France, the bioethics law of 6 August 2004 prohibits the creation of human embryos through cloning as well as any creation of embryos for research. For Jean-Claude Ameisen, chairman of the Ethics Committee of Inerm (National Institute of Health and Medical Research), “the experiments under consideration in Great Britain could on the face of it resolve certain ethical problems connected to therapy-aimed cloning”. They would avoid “notably the resource to oocyte donation which can present health risks to the woman. However, for the people who reject the creation of a human embryo with the only goal of destroying it for research, it adds an ethical problem: that of the status, both human and animal, of such embryos”.

Mr Elio Sgreccia, president of the Pontifical Academy for life, strongly denounced the creation of embryos composed of human and animal genetic material. “The creation of a human-animal hybrid is a boundary which had been prohibited, until today, and by all, in the field of biotechnology”. “And this precisely because human dignity is compromised and offended, and because we can then create monstrosities through these fertilisations”.

Mr Sgreccia recalls that “the creation of a human-animal being represents a violation of nature – a most serious violation” and requires a total moral condemnation.

For him, “there is no need for this decision”: “if we seek stem cells that can treat Alzheimer’s disease or Parkinson’s disease […] there are adult stem cells, umbilical cord cells and human cells to be able to face – with confidence – these frontiers”.