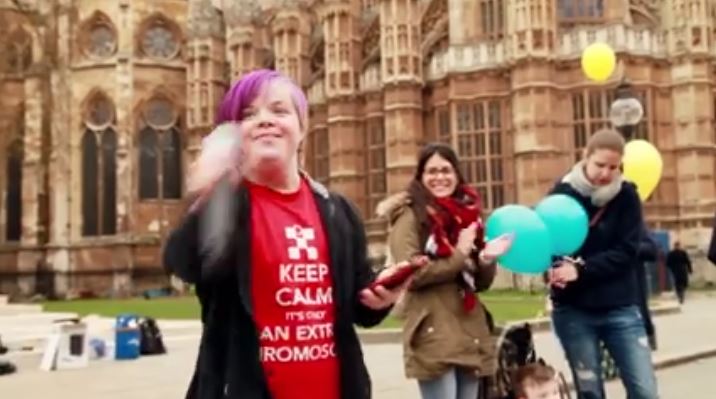 Heidi Crowter, a young English woman with Down syndrome has a message for the Health Minister: “Don’t get rid of us!”

Some British people are against the new non-invasive pre-natal screening tests (NIPS), which the Government intends to introduce into the Public Health System and which “aim to stop more babies being born with Down syndrome”, “meaning that more will be aborted”and the long-term impact is certain.

Last week, referring to comments made by youngmedical interns, Heidi Crowter, a young 20 year-old woman with Down syndrome, directly addressed the Health Minister about a problem which “is probably more of a life or death issue than any employment contract”.

As a “Down syndrome expert”, she assured the Minister that her life was “simply as important and happy as anyone else’s”, that she believed that everyone had “equal value and should be assessed equally”, emphasising that disabled children “also participated in the diversity and richness of life”. Explaining how the parents of children with Down syndrome need to be supported and reassured about “the potential of this new human life”, about “the love and happiness that the children can have and bring”, she addressed the Minister as follows, “Jeremy Hunt, don’t get rid of us. Work with us to build a society that treats everyone with the dignity, respect, compassion and love that he/she deserves”.

Like comedian Sally Phillips, who stated last week that “Down syndrome is not a disease but a type of person,” Heidi regrets that the persons mainly concerned, namely those with Down syndrome, weren’t even consulted. The Nuffield Council on Bioethics, which has decided to focus on the ethical questions raised by these new tests, is not considering consulting a person with Down syndrome about this issue. They have already recruited five legal or genetic “experts” “in these tests, not patients”, two of whom are openly in favour of NIPS.