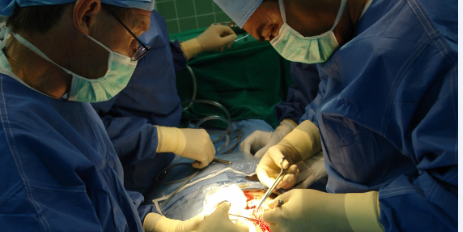 On Friday, neurosurgeon Sergio Canavero announced at a press conference in Vienna that he had succeeded in carrying out a head transplant on two corpses. This was a “preamble to transplanting the head of a living volunteer”, which he plans to carry out in China in December (see First human head transplant scheduled for 2017). He describes the procedure in detail: “The recipient’s head will be frozen. It will be attached to the donor’s body, and the spinal cord and the various tissues will be reconnected. If the patient survives the operation, he/she will then need a long convalescence period to adapt to his/her new body and learn to move again (…). The most difficult part is reconstituting the spinal cord. This specific detail is now resolved thanks to the use of chemical materials to reconnect the nerve fibres”. The operation is estimated to cost €10 million.

The announcement has met with consternation from colleagues. Just because an experiment has been carried out on corpses, “this doesn’t mean that a head transplant is more likely to work in a living human being“. It “cannot guarantee effective connections between the neurones” and the overall idea is still “crazy”. In terms of the technique, the concept of “attaching spinal cords” is deemed “infeasible”. “As it stands, this procedure will not improve the patient’s health because it is unlikely that the patient will survive or recover neurological function”. And the name of the procedure isn’t correct either as “the recipient keeps his/her head. It would be more appropriate to refer to a body transplant” (see Head transplant: unanswered questions).