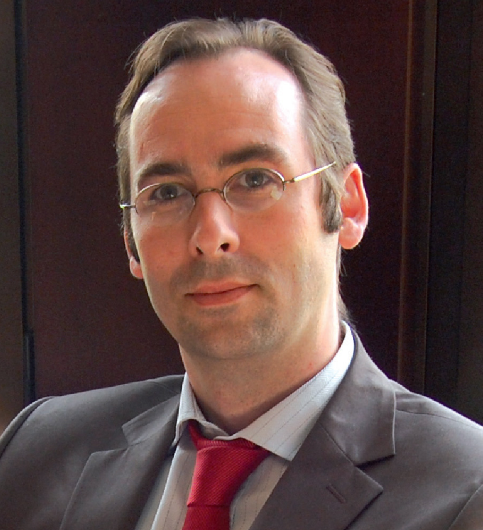 Gregor Puppinck applauds the ruling made by the ECHR, Parrillo versus Italy: « Human embryos are not things”

Gregor Puppinck, director of the European Centre for Law and Justice (ECLJ) and expert in genetics applauded the ruling given on 27th August, 2015 by the Grand Chamber of the European Court of Human Rights (ECHR) concerning the case of Parrillo versus Italy (cf. Gènéthique of 27th August 2015).

In this case, a woman complained of the impossibility of giving “her” embryos to research in order for them to be destroyed in favour of science. She denounced a violation of the right to the respect of her private life as well as her right to property over “her” embryos. The claimant questioned the legal status of the supernumerary embryos from the point of view of the European Convention on Human Rights and the proscription made by the Italian law (law n°40/2004) to destroy human embryos.

Genetics: What answer did the Great Chamber of the ECHR give to Mrs Parrillo’s request?

Grégor Puppinck: Unanimously, the Great Chamber considered that by no means had the embryos’ “mother” been violated in her right to property: it recalled that human embryos could not be reduced to goods. The law having only two categories, “goods” and “persons”, logic thus wants human embryos to be considered as persons since they are not goods. The court abstained from saying so, or denying it.

Besides, with 16 to 1, the members of the Grand Chamber also considered that Italy can legitimately ban the destruction of human embryos in the name of the respect of the “rights and freedom of others”- in this case others meaning human embryos. Indeed, the Italian law recognises in every human embryos the quality of “subject” on an equal footing with their genitors.

Nevertheless, the Court specified that it does not intend to adjudicate over « whether or not the word “others” includes human embryos” (§ 167) because having their integrity undermined would restrict each state’s power.

G: The judges of the ECHR recognise that embryos cannot be reduced to « goods »: could they have gone further?

GP: This ruling contributes to the respect of human life from its very conception, and this despite its weaknesses and incoherencies. The ECLJ, as many judges of the Grand Chamber, regrets the contradiction in which the Court has locked itself; it recognised that a human embryo is not a thing, while being an other, without being a person. This contradiction comes as the result of the fear to weaken the conventionality of abortion.

Another criticisable element; the Court claims that the “beginning of human life” is a « notion » susceptible to a diversity of “viewpoints (…) among the various Member States”. Yet, the beginning of human life is obviously a known biological fact that takes place during the fusion of gametes; it is not an idea over which opinions could diverge. This statement also aims at making room for abortion.

Despite this contradiction, I am delighted that the Court recognised that human embryos, even in vitro and not part of a parental project, are not things, and that their protection against destruction is legitimate in the name of the « rights and freedom of others’.

G: Some judges chose to make known their opinions on the matter: what was remarkable in what they said?

The ECLJ applauds the quality of most of the separate opinions published by several judges as an annex to the ruling. They are remarkable by their judicial rigour and humanity in regards to emerging life.

In particular, judge Dedov expressed himself in the following terms: “The right to life is absolute, and this fundamental tenet makes it unnecessary to explain why a murderer, a disabled person, an abandoned child or an embryo should be kept alive. We do not need to evaluate their usefulness for society, but we remain hopeful regarding their potential.”

As to judge Pinto de Albuquerque, he concluded his excellent and very profound concurring opinion as follows: “Unborn human life is no different in essence from born life. Human embryos must be treated in all circumstances with the respect due to human dignity. Scientific research applications concerning the human genome, in particular in the field of genetics, do not prevail over respect for human dignity. Scientific progress must not be built upon disrespect for ontological human nature. The scientific goal of saving human lives does not justify means that are intrinsically destructive of that life.

The beginning and end of human life are not questions of politics to be left to the discretion of the Member States of the Council of Europe.”

G: Judge Dedov quotes the European citizens’ initiative « One of Us » through which « the right of the embryo to live was expressly recognised by millions of European citizens »: what are the consequences of this ruling for One of Us?

GP: We can praise the fact that various judges have quoted One of Us as a proof of the existence in Europe of a true concern of the respect of the integrity of human life in its embryonic stages. One of Us helped to testify of this awareness in Europe. The great success of One of Us helps to establish, in public opinion, the consciousness of the necessary respect of life and comes as a support to the judges who, in Court, showed that they too have a clear conscience concerning the respect due to prenatal human life.