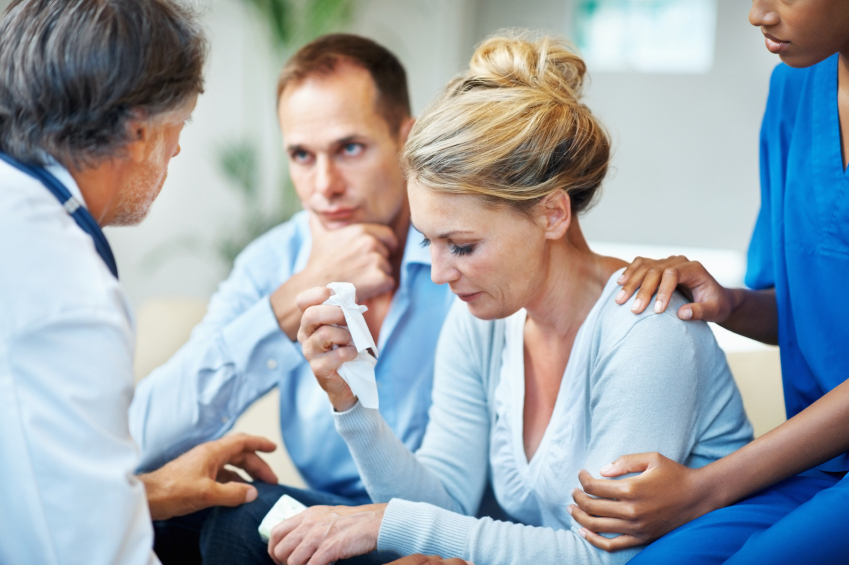 Going back over the authorisation of the saviour child

Publié le 30 Sep, 2009
In a report published on 6th May 2009, the Council of State advocates a possible review on the legislation which governs the saviour child procedure or “double PGD”: “The questions raised by the ‘double PGD’ and the fact that it was not so much used could justify that the legislator envisages to put an end to this practice“.
A double screening procedure…
According to the Council of State report, the saviour child procedure “allows both to conceive a child without familial genetic disease and to cure an ill older brother or sister thanks to hematopoietic stem cells collected from the umbilical cord blood of the child the day of her/his birth“, this by the mean of a double preimplantation diagnostic (PGD).
The PGD consists in performing an in vitro fertilisation and then in selecting the embryo without genetic disease dreaded by the parents to re-implant it, the others being destroyed or given to the research.
In the case of saviour child, it deals not only with selecting the healthy embryos but also the one which will be histocompatible with an older brother or sister with hereditary genetic disease.
When the child thus selected is born, the physicians will perform a cryopreservation of the umbilical cord blood to transplant stem cells to the elder child as soon as possible.
The first saviour baby was the little Adam Nash, born on 29th August 2000 in USA to allow transplantation to his elder sister, Molly, with Fanconi’s anemia.
…and a doubly derogatory legislation
In the magazine Liberté Politique, Pierre-Olivier Arduin goes back over this recommendation and specifies that in France, the amendment 254 related to the question of saviour baby, was voted on 10th December 2003, in the middle of the night. It also has a certain hesitation from the legislator since the implementing decree, published in the OJ (Official Journal) on 23rd December 2006, only authorises it for “experimental purpose” and by “derogation” to the PGD. Nevertheless, the latter was only legalised by the first laws of bioethics in 1994 for “exceptional circumstances” due to eugenics “risks“. This makes you wonder about the ethical legitimacy of the procedure. However we have to specify that the law prohibits performing a double PGD for transplanting a child whose disease would not be hereditary.
The Agency of Biomedicine is in charge of granting the authorisations on a case-by-case basis. In its last report, it reveals that “between July 2007 and June 2008, 7 applications have been made to the Agency which authorised 5. Since then, 2 attempts of IVF [in vitro fertilisation] have been performed in one of the 5 couples. They did not yet lead to pregnancy“.
“Acute ethical problems”
On a technical level, this practice has a low success rate responsible to give false hopes to families. Dr Stéphane Viville, disciplined practitioner of the PGD in France, thinks: “It is a serious deontological fault, nowadays, to want to propose this to couples. Unfortunately, I would say, there were exceptions which worked. But for me, in any case nowadays these are exceptions which prove the rule. I am afraid we propose an unrealistic offer to couples who are already very affected, that may dig into a deeper hole“.
Moreover, the double PGD has a “frightening consumption and waste” of embryos. Whereas an in vitrofertilization requires approximately 17 embryos, and a PGD at least the double, we may estimate that 60 to 100 embryos are necessary to the selection of a single adequate researched embryo. The remaining embryos will be destroyed, or given for scientific research (which will also destroy them), or “adopted” by another couple (provided that they are not ill).
Finally, as the Council of State clearly states it, “a PGD, not anymore performed for he child to be born himself but also in the interest of a third person, contradicts directly the principle according which the child first must be born for himself“. With the saviour child, we assist to the scientific instrumentalisation of the person, intrinsically unavailable.
Psychological consequences
These anthropological-ethical reservations are taken into consideration in strictly psychological questions which may sully the parents-children and brother and sister relationship. The psychoanalyst Geneviève Delaisi de Parseval, moreover very favourable to the PGD, affirms that “in analytical terms, we may presume that she/he [the saviour baby] will be a child with psychic risk“. Indeed what will be the weight of guilt this child should carry in case of failure of the transplantation? And how will she/he be considered by her/his parents? How will she/he place herself/himself in relation to them? Could she/he, later, be summoned to give her/his bone marrow, or organs, as a salvage therapy? And what will be the weight of the moral debt experienced by the one who was “saved”?
Faced with all these risks, the Agency of Biomedicine recommends supervising the practice. However it is advisable to wonder whether the presence of all these safety procedures does reveal or not a harmful practice.
In conclusion
Whereas, according to the CCNE (National Consultative Ethics Committee), it is “exceptional the law goes back over the covers it previously made possible“, undoubtedly it is advisable to seriously consider the suggestion of abrogating the amendment 254 from the Council of State. In particular as medically speaking, the process is far from being necessary: the great plasticity of stem cells optimises the efficacy of their transplantation. A senatorial report has recently established that in the world “all patients who must have a cord blood transplant find a compatible graft” thanks to the networking of storage banks on an international level and without needing the saviour child. We remind that already in 1988, Pr Eliane Gluckman and her team from Saint –Louis Hospital achieved to cure a child thanks to a transplant of cord blood stem cells, and this without resorting to saviour child. The child has a Fanconi’s anemia, one of the diseases for which the double PGD is exactly recommended.