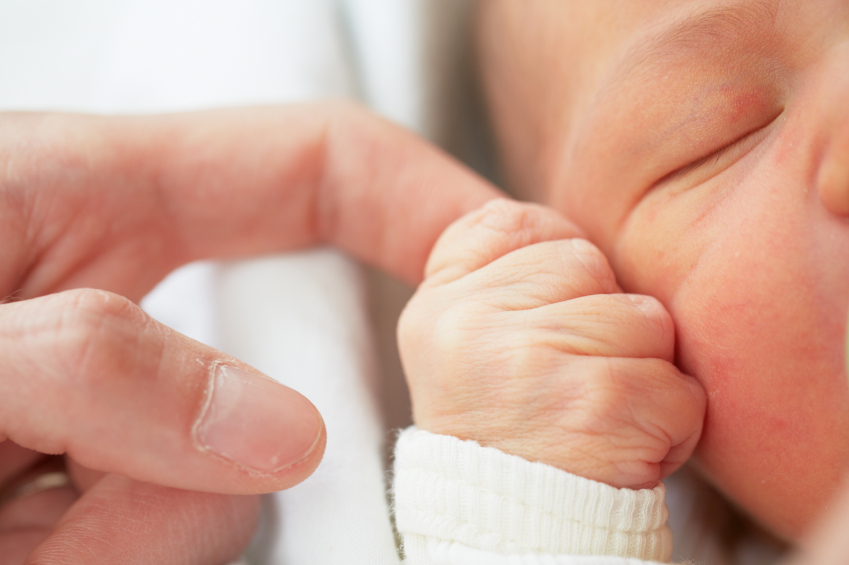 Gaspard’s mum is wondering: What will happen when Gaspard’s health gets worse than Vincent Lambert’s?

Gaspard is a nearly 2-year-old little boy. He is living with Sandhoff disease, a genetic degenerative disease. When the ECHR adjudicated in favour of stopping the vital care provided to Vincent, Gaspard’s mum became angry. Généthique spoke with her.

Why are you angry ?

When I first received the news of the ECHR’s decision, I did not understand. This sick man, very heavily disabled, is really very similar to my son and I said to myself that, if that decision was validated, it was an open door to other identical cases. Probably not immediately but later on.

Yes, I thought of Gaspard. Gaspard is a sweet little boy, who does a lot of listening. He used to laugh, chatter away, kiss, sing, play, and turn around. I am talking in the past because bit by bit his disease made him forget everything he had learned.  This process will carry on until all his vital functions shut down and he dies. We thus see him degenerating on a daily basis.

Presently, Gaspard no longer holds his head up alone, he doesn’t sit up, or laugh, or chatter, or hold objects, or play, or kiss, or turn around, or move, or see.

But Gaspard breaths, sleeps, wakes up, hears and swallows.

His heart beats on its own. As does Vincent Lambert’s.

But the story of Vincent Lambert is different from your son’s?

The symptoms are practically identical even though, for Gaspard, they are not the consequence of an accident. At the moment, Gaspard is being fed via a tube. He can still swallow, so every day we give him 10 spoonfuls of something he likes: caramel, soft cheese… just so he gets the pleasure of having something in his mouth.

Anyway, I tried to understand what was being said about Vincent Lambert; that man is never plugged in, he has never needed artificial life support. And then I asked myself how a bunch of 12 judges could believe that it was ok not to carry on taking care of his life? The law should not adjudicate over specific cases, but because that family is divided, they had to call upon the law which is obliged to provide an answer. But the answer is ill-adapted. I am thinking of all the people who look after Vincent Lambert and Gaspard on a daily basis. I do not see why they do not simply move the body of this sick person to a place better suited for it? How can anyone decently adjudicate over his right to live or die?

Vincent Lambert is not a good case, they are going against the wrong patient because the family is torn apart. He is the silent spokesperson of a false debate, and it is all the more paradoxical as this man is not dying. Somethings is not right. It is all wrong! I am angry because thinking of death is not a reflex one should have when first faced with someone’s suffering! We are fighting the wrong fight. We need to take a closer look at these lives turned upside down by disease and disability. From that point of view, I hope Vincent Lambert will awaken people’s consciences.

Some justify their opinion concerning the stopping of hydration and feeding by explaining that Vincent Lambert is in pain. What do you think?

There is quite a selfish side in refusing to see another person’s sufferings, even if it probably counts as one of the most difficult things to experience. Gaspard underwent an electroencephalogram. I know, even though it is not visible on the outside, that Gaspard’s brain is suffering. We are planning on taking him to a pain centre very soon. I live with Gaspard’s pain both day and night, and I know there is nothing worse than to see someone you love in pain. But when a child hurts itself, when a child is in pain, the first reflex is not to abandon it, but look after it and care for it.

How should one behave when faced with the suffering of a loved one?

When Gaspard was born, I immediately knew something was wrong, that his condition was serious. The disease, of genetic origin, became visible when he was about 4 months old. Paradoxically, he is the only one of my 4 children for whom I had no difficulty in getting out of bed, for whom I never moaned, as if the fragility he was carrying needed to be surrounded with presence. And, indeed, the only thing I can do is love him, to show him during his short life, that life is beautiful even though he will never walk, never talk… There is nothing more important than surrounding someone with love.

I often hold Gaspard in my arm, he gets kisses all the time, but he is very good at telling us when he needs a bit of peace and quiet: he stops moving and starts frowning… Yes, he is fragile, but he is certainly not weak. These seriously disabled people are much stronger than we are!

Are you worried about Gaspard’s last days?

No, I am not worried about Gaspard, and I do not worry about his last days. I know I am very lucky because my husband and I are like a team surrounding him. But I have met some mothers who no longer manage to look after their sick child. It has become too difficult. They are quite often the only ones fighting and are tempted to give up. It seems to me that it would be preferable to orientate the law towards palliative care and to train more carers to accompany people who are going through this hard time. I am also thinking of parents who tear each other apart and get separated. What happens to the patients then? How could it be possible to take care of a child when the parents do not get on?

Gaspard’s health is degrading. What are your expectations concerning a medical team?

Gaspard’s cells are clogging up and his health is getting worse and worse as the days go by. Since last Christmas, he can no longer see. He is losing interactivity, communication, and the use of his senses. One day, his health will be worse than Vincent Lambert’s. When he gets to that stage, I would like there to be a strong team around us, to tell us there are other solutions apart from deep and continuous sedation. I do not want the state to suggest that my child should be “sedated” as it does with abortion for women who “accidentally” become pregnant before orientating them towards a welcome centre. I want all possible palliative care to be explored concerning Gaspard’s last days. And I think that, rather than fighting around Vincent Lambert, they should protect him.