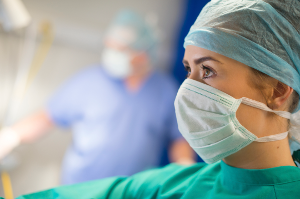 Euthanasia for organ donations: who will stop the system gone wild?

According to the Journal of Medical Ethics, around 40 organ donations from patients that were euthanized on their demand have been listed in Belgium and the Netherlands. Still too few according to some Belgian and Dutch Doctors, who expressed their opinion in an article [1]. They are suggesting that certain legal aspects should be changed in order to speed up the procedure, currently slowed down by the conditions set by the law and the still very different regulations between countries. They also hope to increase the number of donations.

This will to extend euthanasia certainly does not come without questioning, even though among the victims of cancers, strokes, and multiple sclerosis, the percentage of people asking for euthanasia and whose organs match potential donners is quite low. In difficult situations in which patients sometimes suddenly switch from hope to despair, should one not fear they may be pressurized into asking for euthanasia and donating their organs? According to the doctors, it is on the contrary about giving sense to their situation. With tact of course. Against all logic, they go on to using the Hippocratic Oath as an argument, explaining that doctors are obliged to inform their patients that they would be saving the life of a person waiting for a transplant. And once again, as in so many other fields of bioethics, they tug at the heartstrings trying to justify the unspeakable. Thus, these doctors actually believe that patients might be relieved at having the possibility of giving sense to their suffering by giving themselves the choice of keeping someone else alive- and no longer simply dying.

Finally, according to the doctors and ethicists who spoke out, the rule of the dead donor is frustrating for people who have asked for euthanasia and whish for their organs to be donated. The question is raised: “Since the patient has decided to die anyway, why couldn’t his heart be taken while it is still beating and the patient, still alive, has been administered with terminal sedation? His organs, once removed, would cause his death.

These rather shocking words are but another illustration of the existing deviations that are pulling doctors further and further away from the law’s initial intentions, while people, unmoved, get more and more used to these transgressions. Indifferent, people are bit by bit blinded to the sense of limits one can or cannot cross when speaking of life and death matters, whatever the person’s age or situation may be. People simply end up forgetting where the stumbling block lies.

As far as organ donations are concerned, it was the Maastricht III procedure for non-heart-beating organ transplantation that opened the way. They were implemented, with the families’ agreement, on patients in a coma or in a vegetative state who were not dying. Organ donation after euthanasia took on an independent logic of its own. The new slippery slope is the result of two ideas brought together which lead towards a new way of thinking following a new logic: one could say goodbye because the person is still alive, and euthanasia would thus be associated to “organ donation”. What is the next stage? Probably assisted suicide associated with organ donation”.

If you agree to open the door to euthanasia, i.e., if you agree to violate the elementary principles that found social life (natural law and what is prohibited, which imposes not to carry out an act that will cause someone else’s death), you initiate a series of events of which you can’t control the development. It has already happened in another field, with in vitro fertilization, of which the logical outcome is “the perfect baby” or “the designer baby”

Who will stop the machine gone wild?

[1]Journal of Medical Ethics, Legal and ethical aspects of organ donation after euthanasia in Belgium and the Netherlands.