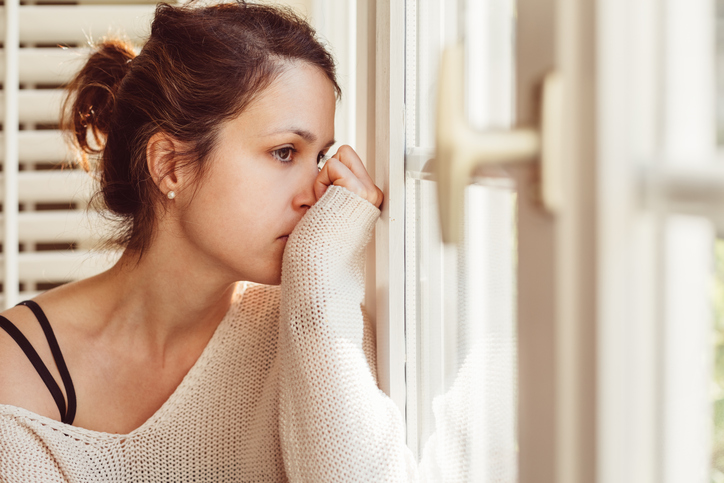 During the European seminar held in Brussels at the COMECE[1] last 22nd June on “Preventing abortion in Europe”, Cherline Louissaint, lawyer, backed by a number of studies on the subject, went over the medical risks incurred by women who abort.

Abortion does not come without medical risks, whatever the woman’s physical or mental health may be, and its consequences don’t concern women alone but also have an impact on the baby born afterwards or even on their current and/or future partner.

Planned Parenthood, the world’s biggest abortion centre itself, actually provides a list of the short-term risks after an abortion: infections, cervical lesions, blood clots in the uterus, incomplete abortion, etc[2].

Looking at the various studies, it would appear that the most frequent short-term risks are infections, and that they occur in 1 to 5% of cases[3]. Underage girls are, however, far more subject to short-term physical risks because they do not benefit from the protective power of the cervical mucus older women produce. Thus, one can note that the risk of them suffering from cervical tear is twice as high[4].

For women who abort, the risk of giving birth to a child weighing less than 1.5 kg is increased by 15%[9].

Beyond the risks for future babies, the mother’s health can also be directly affected. Indeed, although opinions are not unanimous on the fact that abortion potentially has a direct impact on breast cancer, most studies on the subject show a direct link between abortion and breast cancer. Thus, for example, the National Cancer Institute of Canada brings out the fact that on a population of women who have been pregnant at least once, women who have had an abortion have 50% more chance of getting breast cancer compared with women who brought all their pregnancies to term[10].

B) Risks on mental health

Women who have aborted have a far greater risk of going into depression than women who have given birth (53% higher)[11], and the risk of self-mutilation is 7% higher[12] for women having had an abortion; this, on a population of women having no psychiatric history. The risk of depression is higher for underage girls, for whom suicide and suicidal ideation rates are 50% higher[13].

The risks of drug or alcohol consumption are also increased by 142% and 287% compared with women who gave birth[14].

Men are not spared by this reality and are also psychologically affected by their partner’s abortion. A comparative study between men and women shows that in cases in which 56.9% of women experience psychological distress before abortion, 40.7% of men go through a similar experience. Men, also, remain affected by abortion, as 30.9% declare they experience a strong feeling of distress[15].

The risk of committing suicide is aggravated by abortion, contrary to giving birth which reduces it.

The WHO declared that in 2000 the suicide rate was almost as high as the combined death rates of homicides and wars, i.e., 815 000 suicides. The suicide rate is higher for women[16]. China is a striking example; 56% of suicides are committed by women[17].

After comparing suicides among women having given birth and after an abortion in various countries, it was made clear that abortion is an aggravating factor of the risk of committing suicide. Though it is true some women commit suicide after giving birth, giving birth usually has a rather positive effect on women. However, it is clear that the number of suicide attempts increases after an abortion (5 out of 1000 women against 8.1 out of 1000 women after an abortion)[18], while they decrease after having given birth[19]. Independently from the moment in time, the number of suicide attempts concerning births is only 4.8 for 1000 women, while it is 13.1 for 1000 abortions[20].

C) Risk on the couple relationship

Likewise, the couple suffers. Both men and women who have aborted find it difficult to get back into a stable relationship, and have impersonal sexual relationships. Besides, certain arguments and separations are directly connected to abortion. A study revealed that around 50% of women said that abortion had been a cause for major crises in their couple and 50% say that the relationship with their partner had been significantly altered after an abortion[23]. 22% of relationships end after an abortion[24].

Having recourse to abortion can go as far as causing the woman’s death, as reported by the laboratory which produces abortive pills and which counted down 2207 incidents[25], of which 14 deaths, since women have started using them [26].

First of all, mother mortality is an important cause for death. Mother mortality is defined as a death that occurs for any reason other than accidental or fortuitous during the pregnancy or for as long as 42 days after it was terminated.

2)   Other causes for death

If the simple fact of being pregnant supposes an increase of the risk of death, during the first year, these risks are increased by 80% for women having chosen to terminate their pregnancy compared with women who brought their pregnancy to its term[33]. This risk is all the greater as the abortion is done later. Thus, as shown in a study, the risk of dying for women who abort during the first 20 weeks is 35 times greater. This risk is 91 times greater for women who abort after 21 weeks[34].

After identification of the various causes of death, the same conclusion can be made every time: there is a greater risk of death for women who abort. It is so for deaths of natural causes (Risk 60% greater)[35], caused by AIDS (twice as contaminated) [36], and caused by cardiovascular and mental diseases (risks 3 times greater) [37]. It should be added that depression, which occurs more often after an abortion than after a birth, is a factor for death because of the heart diseases and various types of cancers it causes.

Besides, it has been observed that women who have aborted are more likely to die from a lethal accident or from physical violence. A woman with a new-born baby is far more prudent. She avoids risks, which appear to be 4 times greater for women who have aborted compared with women who have given birth [38]. Likewise, women having aborted have a tendency to become self-destructive after an abortion and are less careful at avoiding confrontations. The risk of them dying from a homicide is 4 times higher than for the rest of the population[39].

[1the Commission of the Episcopates of the European Community.

[8] R. Klemetti et al., “Birth outcomes after induced abortion: A nationwide register-based study of first births in Finland”, Human Reproduction, 2012. The risk of giving birth before 37 weeks increases by 35% when a woman has had more than 3 abortions. Besides, another study shows that the risk for a woman to give birth prematurely is doubled after two abortions; the risk is increased by 800% after a woman has had at least 4 abortions (B. Rooney & B.C. Calhoun, “Induced Abortion and Risk of Later Premature Births”, Journal of American Physicians and Surgeon, Vol. 8, n°2, 2003, p.46.