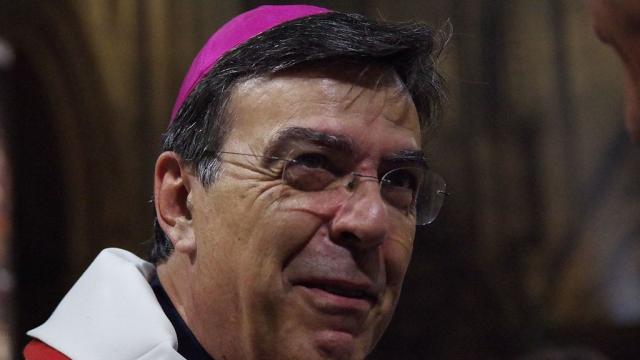 “The real question is, what is human dignity? “ Monsignor Aupetit, Archbishop of Paris, has “predictably” welcomed the decision of the CCNE (see Decision of the National Consultative Ethics Committee: to what depths are we stooping?). This Council was wanted “as a committee of wise persons who could express themselves independently. I honestly admit that I do not feel that today. Nevertheless, the result was anticipated, which is also rather worrying. One wonders why the States General was created since they have no impact on the final decision”, he explains.

When asked about medically assisted reproduction for lesbian couples and single women, he asks: “Is it feasible to consider that a child doesn’t need a father? ” “By opening up medically assisted reproduction, we are in the process of creating future suffering”. When asked if he hopes that “medically assisted reproduction for all women” will not lead to surrogacy, he retorts: “I don’t believe it for a minute […] In the name of what should surrogacy be refused these days? “ and he wonders whether “people actually grasp just how difficult life is going to be for these children? How will these children come to terms with the fact that they’ve been commodified in some way? “ (see Surrogacy:“You cannot replace the suffering of an adult with the suffering of a child”).

The embryo is another particularly sensitive area as far as he is concerned (see Research on embryos, surrogacy, professionals heard in relation to the bioethics law demand extension of freedom). “Research is expanding more and more. Today, there is nothing in legislation. The human embryo has no legal status. This vacuum allows experiments and treats the embryo like a guinea-pig. Human embryos will be used, as animals are being used less and less. So will gold beetle larva receive better protection than the human embryo? ” The Archbishop of Paris believes that “research doesn’t justify everything. It has a purpose and although the intention is often honourable, the approach used isn’t always the best. Prenatal diagnostics, for instance, is a good thing but it becomes an ethical issue when it is used to get rid of a child because he/she has a genetic defect”. He also deplores the fact that “those who are voiceless remain voiceless”. […] The embryo is not protected by law. It doesn’t even have the right to be heard”. He adds that: “Instead of protecting the weakest, which is its normal role, the law is now serving the will of the strongest. We have all been an embryo at one time or another. We were totally dependent on the will of our parents. But it’s one thing to depend on our parents who welcomed us with love, and quite something else to be at the mercy of a coercive will”.

Regarding end-of-life issues, Monsignor Aupetit considers that “making a law to say what we can and cannot do is extremely complicated in end-of-life terms. The important thing is for the person in question to experience those incredibly intense moments. If we take away those moments of intimacy between a parent who passes away and those who remain, something is stolen. Palliative care must be available to all, enabling loved ones to participate, supporting their love and tenderness with sound action”.

Finally, for the Archbishop, “freedom of conscience is the most fundamental right of any society. […] Freedom of conscience is the most fundamental right of any society”(see The pharmacists’ conscience clause is a human right). He issues the following warning: “This right must be preserved without fail. I can tell you that doctors will soon have something to say if this is taken away”. While Laurence Rossignol has announced that a bill is needed to abolish it (see Laurence Rossignol wants to abolish the conscience clause for surrogacy), he believes that “this means we are entering into a form of dictatorship that says ‘You haven’t got the right to think, your conscience must be deactivated’”. He exercised this right himself, when he was a doctor: “I explained to a female patient: ‘My conscience won’t allow me to do that’. The doctor is free and that’s important. This is known as the doctor-patient relationship. Otherwise, the doctor is a service provider”. He laments: “In the past, a doctor had a real relationship with the patient. The former had the opportunity to refuse treatment (except in an emergency) and the latter had the chance to change doctors. Today, that relationship has disappeared. Only individual desire remains and doctors must give in to that”.