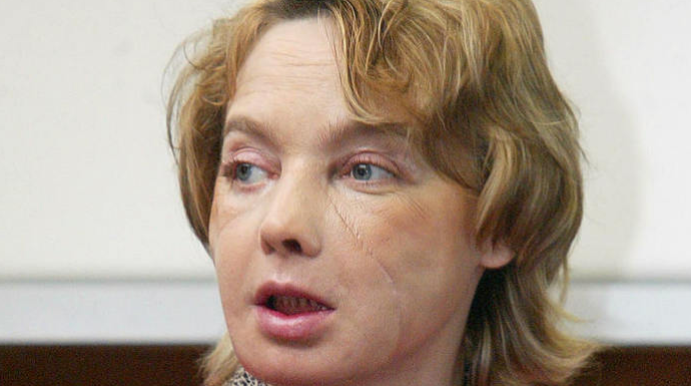 Isabelle Dinoire, the first face transplant patient, died on 22 April 2016. The announcement of her death was delayed based on an agreement with her family.

She underwent a partial nose, mouth and chin transplant on 27 November 2005 at the CHU Amiens (University Medical Centre) in an operation lasting almost 15 hours. Apart from being a technical feat, Professor Bernard Devauchelle, Head of Maxillo-Facial Surgery at the CHU Amiens, commented as follows when interviewed 6 years later “about immunological and psychological tolerance” , “every additional day is a success”, “the basic problem was the risk of rejection by the skin because the skin is the most potently immunogenic tissue in the body”.

In a book published two years after the transplant, Isabelle Dinoire revealed that the most difficult thing for her was to accept that she now had the inside of someone else’s mouth: “It was odd to touch it with my tongue. It was soft. It was horrible”.

It seems that the immunosuppressant treatments prescribed long-term, which might have caused the two forms of cancer from which Isabelle Dinoire was suffering, were not sufficient to stop rejection of the transplant which had deprived Isabelle of the use of her lips in the last year of her life (see Devons-nous continuer à procéder à des greffes de visages ? Should we continue with face transplants?).

From an ethical standpoint

Two years before the transplant, the CCNE haltingly agreed to “the allo-transplantation of facial composite tissues (ACT)”,”as part of a specific multidisciplinary, multicentre protocol” and with a view to reconstituting  “the mouth-nose triangle to restore a certain morphological identity to the face”.

As pointed out in Le Figaro, “Given the specific nature of accidents or diseases causing major facial deformity, which is eligible for transplantation, this is not generally a question of life and death in the strictest sense of the term. A disability is not fatal. Consequently, the decision to issue a life-long prescription for immunosuppressants, without even referring to the risk of failure of the procedure per se, is not self-evident. In 2004, the British Royal College of Surgeons concluded that ‘it was not wise to carry out face transplantations’”.