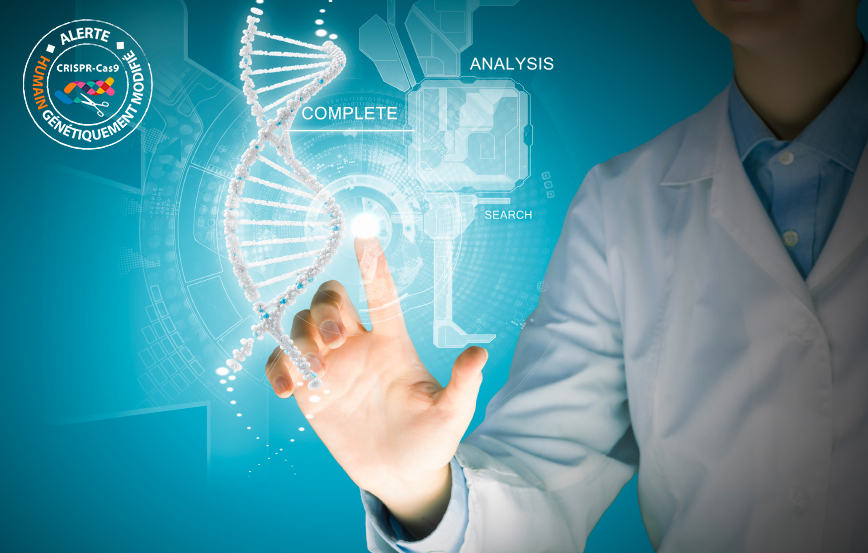 Since April 2015, CRISPR has been shaking the scientific community. This new tool that enables one to “edit the genome” opens the way to new gene therapy treatments, but also transhumanism. Brought together for several summits since 2015, international experts published on February 14th a report, far more permissive than expected. Jacques Suaudeau decodes the report for Gènéthique.

The document prepared by the National Academies Press on genome editing, entitled “Human genome editing: Science, Ethics and Governance” and made public on February 14th 2017, is far more open to promises concerning CRISPR-Cas9 for human beings than was the declaration produced by the international summit of Washington in December 2015.

In 2015, the organizing committee indeed declared that it “would be irresponsible to proceed with any clinical use of germline editing unless and until:

Thus, during the final declaration of the summit, without formally condemning the use of germline editing in view of eradicating hereditary genetic diseases or enhancing human capabilities, it was strongly advised against considering present circumstances because of the risks inherent to technique.

Less than a year and a half later, the report from February 2017 declares research on “human genome editing” necessary for “medical and scientific reasons”[1]. This type of research must first aim at treating and preventing diseases and disabilities, i.e., in priority somatic cell gene therapy for certain hereditary diseases. It is submitted to the Food and Drug Administration jurisdiction in the US. The ethics committees of the various institutions involved in this new research will make sure trials minimize risks and “produce valuable benefits”. Human genome modifications using genome editing aiming at developing a therapy will have to bend to the established laws concerning somatic cell gene therapy.

Concerning human gene modifications that can be passed on hereditarily (germline genome editing) the document is more circumspect but admits that clinical trials of such “germ therapy” may be conducted if monitored by a “solid regulating framework”. Thus, it would be up to the Recombinant DNA Advisory Committee (RAC) to allow these clinical trials to be carried out.

Without deciding on the necessary delays imposed before launching such trials, the report defines a certain number of necessary prerequisites in order to obtain an authorization. In particular, the absence of alternative options, the objective of preventing a serious disease, the modification of genes which role in the disease is well-informed, the introduction of versions of these genes “associated with a normal state”, and the establishment of a multigeneration surveillance plan.

Besides, the document clearly separates the targeted genome modifications for disease treatment and prevention from interventions in view of an enhancement, while admitting there is no consensus concerning the definition of the dividing line, which is unclear. The document does not ban such enhancing, but recommends it should first be submitted to public discussion that, amongst other things, should “consider the introduction of social inequalities via these enhancement techniques”. Though experts are currently evoking only therapeutic clinical trials, these are only with temporary recommendations. Considering the experts’ change of opinion in only one year, the worst is to be feared.

The journalist Sara Reardon commented this report in Nature News under a hard-hitting title: “US science advisers outline path to genetically modified babies “. In other words, everything scientists and ethicists stood up against a year ago is now freely admitted to by American Academies”. Sara Reardon calls this “managing the inevitable”, or “surrendering before the fight”. She adds that for those who are opposed to all human germline manipulations, the document is a “set back, an ethical decline, is “disappointing”, and brings out the authors’ “duplicity”.