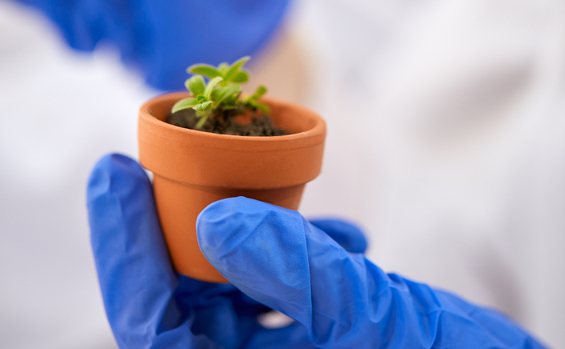 CRISPR Cas9 genome editing technique “can reproduce natural protective mutations in cultivated plants”. Consequently, a team of Israeli scientists has made a species of cucumber resistant to harvest pest viruses by mutating a single gene with CRISPR. A Scottish team modified the genome of the Arabidopsis thaliana plant model to protect against the same type of virus.

CRISPR Cas9 “is considerably less time-consuming” compared to techniques used up until now to produce GMO products. “A plant gene can be inactivated by blinding its entire genome to mutagenic chemical agents and then isolating plants with the desired property from amongst those muted”. Today, CRISPR Cas9 can “modify a known target gene directly and accurately”. This method avoids crossing cultivated varieties “with wild plants where mutation has been identified, which would then impose years of selection in order to obtain interesting hybrids”.

Another advantage welcomed by scientists is the fact that, “unlike transgenic plants, this type of plant has no foreign DNA in its genome and cannot be distinguished from a natural mutant or a traditional variety”. However, for Jean-Stéphane Joly, Tefor[1] infrastructure co-ordinator, the changes introduced with CRISPR are not neutral and traceability is made “much more difficult”. He suggests “naming these organisms differently, e.g. GEMOs, genome-edited modified organisms, to help the general public distinguish them from GMOs”.

He is therefore calling for a public debate and new legislation because there is “a definite risk” that this technique could be used by anyone in a less benevolent manner, resulting in “catastrophic and irresponsible handling”. He regrets the fact that the subject has not been “done and dusted” in France.

The American Culture Minister authorised the cultivation of plants genetically modified by CRISPR from 2010 onwards. In Europe, “discussions on whether or not the production of these plants should be regulated have been deferred until the end of the year by the European Commission”.