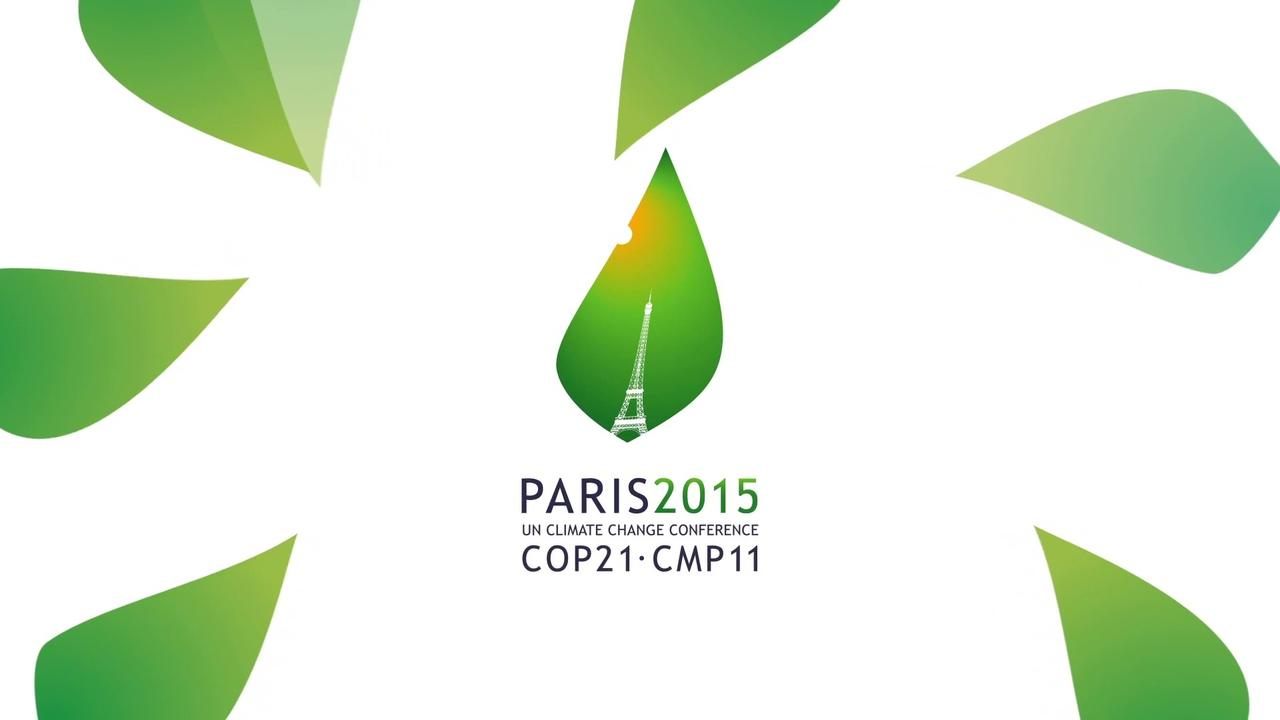 COP 21: Answering the surprising requests of the Family Planning

For the conference on climate change, the Family Planning Federation published a press release asking for the “rights of women”, and particularly the “sexual and reproductive rights”, to be placed at the “centre of negotiations”. It sees this as “a major issue for the development of strategies concerning sustainable development”.

Gregor Puppinck, doctor of law and director of the European Centre for Law and Justice, reacts to this press release for Généthique.

Is “investing in sexual and reproductive health” a “winning bet for the climate”?

This declaration is perfectly conform to the thought of the Family Planning who always fought to reduce the world population, preferably in developing countries.

This way of thinking is the expression of a will to control the life and evolution conditions of the human species. It is directly taken from a Malthusian way of thinking.

The founder of Family Planning, Margaret Sanger and her British alter ego, Maria Stopes, as well as many other great historical figures of the environmental movement, such as Sir Julian Huxley, are well-known neo-Malthusians, some of them also racists and pro-eugenics. They see humanity as an animal species in competition for the control and exploitation of its natural environment. Such a species needs to be artificially regulated, in order to stamp out the proliferation of its less evolved elements and encourage the most civilised ones. Limiting the population to the benefit of its most “evolved” elements thus helps to reduce the competition within the species, concerning the access to resources amongst others things, and it also enables the environment to be preserved. It therefore does not comes as a surprise that the Family Planning uses an event such as this conference on climate to promote a birth limitation policy.

Evolution of the Malthusian speech of the Family Planning

Today, it is in the name of the impact of human activity on the climate that the Family Planning promotes population control. Yesterday, it was in the name of an imminent and catastrophic danger, that of overpopulation, that they took such a stand. We were told that without a worldwide action plan of population control, the demographic explosion would cause famines, wars, and the exhaustion of natural resources.

Before the Second World War, it was in the name of eugenics that this speech was given. It was explained back then that it was an absolute necessity for at least 10% of the population to be sterilised in order to save humanity of the danger of a degeneration of the human species. Margaret Sanger was in favour of “the segregation and forced sterilisation” of women judged physically or mentally deficient so as to “ensure that simple-minded people would be absolutely banned from parenthood”.

Sir Julian Huxley is neo-Malthusian, environmentalist and pro-eugenics. Before being the first general secretary of UNESCO, and then amongst other things cofounder of WWF, he was a free-thinking zoologist. He founded and managed natural parks in Africa for the British Empire and imagined the rest of the world in the same way. He had a great influence, along with others like Maurice Strong, on the development of a global policy concerning environment.

It is quite often these same people and institutions who, one after the other, adopted this way of thinking of which the main purpose remains: to better control the life and evolution conditions of the human species by managing it like an animal species. However, this must be done while trying to encourage the expression of what is best in man, the mind, which is said to come from matter and produce beauty, intelligence, art, altruism, etc. The aim is to encourage “quality” (fruit of the mind) while reducing “quantity” (seen as matter and has no value).

The second purpose of this alarmist speech on overpopulation was to develop, through fear if needed, a universal political conscience and create a constraining universal policy.

Within the context of a divided world during the cold war, the threat of a “demographic bomb” was ideal to support a universal political action. De facto, the level of demographic growth was reduced, but the neo-Malthusian’s pessimistic and catastrophic predictions were fortunately denied because the availability of resources always increased faster than the population growth.

The questions of environment and “overpopulation” are linked. Already in 1972, the states who took part in the United Nations Conference on the Human Environment held in Stockholm declared that the “the natural growth of population continuously presents problems for the preservation of the environment, and adequate policies and measures should be adopted, as appropriate, to face these problems”. The same kind of talk, emphasising the synergistic relation there is between the demographic tendencies and sustainable development was held at the Conference of Rio in 1992.

This being said, neo-Malthusians were never able to convince people of the idea that there is a universal “right of birth control and abortion” in accordance with “reproductive rights”.

The climate, a new argument for population control

Currently, the topic concerning climate change, presented in the same dramatic way as was presented overpopulation a few years ago, has better arguments in favour of a major universal policy, because it questions the greater and universal “common good”.

Climate is an excellent political lever as it is universal, vital and the result of a great number of variables. The threat posed by “climate change” enables countries to make their political projects progress. First, there is the question of the environment itself, and it is central. Then come other interests and projects which are added on to and combined with the environment, such as the neo-Malthusian project, which remains quite influent: reduce the world population.

There is also an interesting combination of interests between advanced economies and various environmental groups.

Within the naturalist movement, there is a tradition of opposing industrial societies, often associated with an ideal valorisation of “Nature”. These environmentalists have fought a lot against polluting industries. Nowadays, the economy of countries that are technologically advanced is less polluting, but also more expensive than their emerging rivals. Advanced countries and environmental groups share the same interest of seeing their emerging rivals reduce their pollution. Imposing objectives and technical norms in that sense, why not even creating a pollution tax, would weigh heavily on emerging countries and would help competition in more advanced economies while contributing to a better environment.

This vision of a world turning away from growth (quantity) in favour of quality is not a recent idea. It can already be found in the Club of Rome Report entitled “Limits to Growth?” published in 1972, which recommends there to be a reduction of the world’s population and economic growth. This report, based on the mathematical modelling of the demographic and economic growth of humanity, intended to prove, given the limits of the earth’s resources, that the economic growth should have led to a brutal decrease of population, along with a significate degradation of the life conditions of the survivors. The next report “Reshaping the International Order”, published in 1976 recommended the instauration of a global policy leading to a balanced management of the world’s resources and environment, as well as of men’s interventions on nature.

Nowadays, ideas have globally settled down and there is a real need of showing a just understanding of the relation there is between man and its environment and body. We have mostly left behind the “New Age ideas” promoted in the West in the 70s. Now, one hears more about “human environment” or even “Gaia, as was the case during the Conference of Rio in 1992, than “nature”.

There is a fundamental difference between these two approaches, naturalist and environmentalist. The environmentalist approach is anthropocentric, it considers the planet to be man’s environment, it is at the service of man who is its managers. This approach questions the idea according to which there is a natural and ideal “Nature” towards which we need to progress.

On the contrary, the naturalist attitude considers “Nature” as the most important thing, as what comes first and sees humanity as an animal species that has developed technical means enabling it to free itself from natural regulation and to exploit and destroy nature; in the end behaving as a harmful species. Some, like Huxley, go as far as saying that man is a “”cancer” for the planet: man develops exponentially, the polluted tows are its metastases, and it will end up killing it. From that point of view, it is necessary for humanity and for the planet to limit the population and human activity.

In the now dominant environmentalist approach, the legitimacy of human imperium is largely recognised. Man’s presence on earth is legitimate, it is not an animal the same as the others. Man is different from them, because it has a mind, and de facto has -if not from divine law- the responsibility of managing the planet. Man is the fundamental element. The planet must therefore first be considered according to the needs of men, these needs needing to be understood in a responsible long term vision.

Even the Family Planning has modified its language elements. It presently uses a semantic field belonging to “law” in order to promote “an easier access to family planning services” while keeping a distance, as it did in its recent press release published for the COP 21, from the Malthusian policy of Northern countries, of which it is however one the most loyal and effective servants.

Mainly funded by public subventions given by Anglo-Saxon countries, Japan and the United States, the International Family Planning Federation had as an objective for 2014 to carry out 4.9 million abortions. Its action in terms of contraception and sterilisation is not quantified. 85% of the people of whom the IFPF is in charge of reducing the fertility are poor and come from a vulnerable environment. The IFPF’s total budget in 2014 was 37.6 million dollars, of which 60% was allocated to Africa and South Asia.

By adapting them to the current preoccupations and ways of thinking, the Family Planning’s press release only makes the arguments in favour of demographic control more topical.