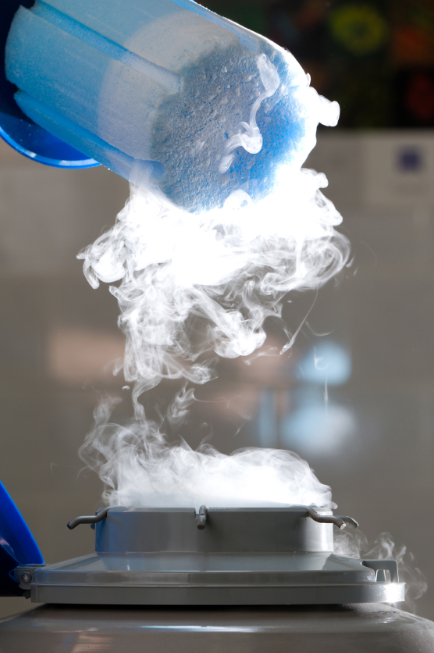 Conflict regarding the use of frozen embryos in the United States: two experts give their recommendations

The American courts are deliberating over several cases where separated couples disagree over the timescale regarding the use of their frozen embryos.

Eleven such cases have been listed over the last 24 years in the United States, including one in June, in the State of Missouri. After separating, one of the partners wants to establish whether he/she can force the other partner to become a parent without giving his/her consent. Case law has highlighted the need for common law to prevent such conflict. At the same time, the American courts have adopted various legal restrictions which mostly, but not always, support the person refusing to become a parent.

On this occasion and in view of the millions of frozen embryos in the United States, two experts, Doctor Eli Adashi, Professor of Medicine and Biology, and I. Glenn Cohen, Professor of Law at Harvard, have emphasised the fact that there was no valid contract between the two parties. They propose 5 recommendations to clarify disputes of this nature. According to the two experts, these procedures could become standard at the time of fertilisation with the consent of parents and clinics or inclusion in Federal legislation.

“Our recommendations are primarily aimed at avoiding previous errors”:

·         Do not combine various contracts: for greater transparency, the fate of embryos should be considered separately.

·         Request a legal contract: no clinic should freeze embryos for future use without the contractual consent of both parties.

·         The initial agreement should include the following: in the case of a divorce, if one of the parties changes his/her opinion, his/her request can no longer be taken into consideration.

·         “Legal parenting” not mandatory: once the embryo has been created, the man and woman become the genetic parents. However, if one of the parents uses this embryo against the wishes of the other, the non-consenting person will not be obliged to assume legal parental responsibility.

·         Consider sterility: the contract should stipulate whether or not the embryos should be used if one of the parents becomes sterile.

“The individuals who freeze their embryos are faced with an uncertain outcome, given the laws specific to each State. Furthermore, case law adapts its judgment to suit each situation,” explained Doctors Adashi and I. Glenn Cohen, before going on to add that “a uniform approach across the country would be desirable”.