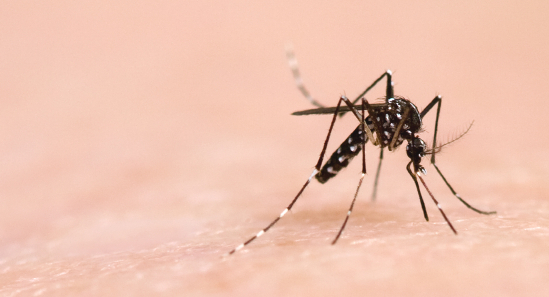 Combating malaria with CRISPR-Cas9: what impact is this having on biodiversity?

In December, scientists at the University of California announced that they had managed to genetically modify the sex cells of Anopheles stephensis mosquitoes, which carry the parasite responsible for malaria. Using the CRISPR-Cas9 technique, scientists inserted “a coding gene for an anti-plasmodium antibody” into the genome of these cells. Passed on, this resistant gene prevents mosquitoes from carrying the parasite.

Eric Marois, Head of Inserm research in Strasbourg discussed the ”hopes around the fight against malaria” and outlines the risks associated with both techniques.

The British team has combined the use of CRISPR-Cas9 with the gene-drive technique.  They inactivated the genes required for fertility and “forced the inheritance of this genetic modification on descendants” in an attempt to eradicate mosquitoes carrying the parasite. This technique therefore involves “the disappearance of a link in the food chain”, which begs the question, “will this mosquito be replaced by other species on the ground? Will its disappearance impact upon natural predators, which also limit the proliferation of other insects?”

The American team has modified the immunity of these mosquitoes using CRISPR “whilst allowing them to live in their ecosystem”. This is a substitution strategy which “means that transgenic mosquitoes will be naturally perpetuated”. But what will be the consequences of this transgenic approach: “exactly how resistant will genetically modified mosquitoes be to plasmodium? Will it be more sensitive to other infectious diseases? How will the parasite develop?”

Regarding this scientific aspect, the use of CRISPR-Cas9, deemed to be a “fabulous tool”, leaves many questions open-ended.