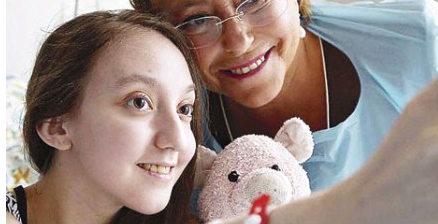 Chile: the adolescent who requested euthanasia changes her mind

Valentina Maureira, aged 14, is suffering from cystic fibrosis. At the beginning of March, she turned to Chilean President, Michelle Bachelet, for permission to undergo euthanasia, claiming that she was “tired of living with this disease“.

Since euthanasia and assisted suicide are banned in Chile, the President met the young girl to tell her that it was impossible to grant her request.

Since then, Valentina Maureira has changed her mind: “Some people have made me change my way of thinking“, she explained. Meeting and chatting with patients, some of whom were suffering from the same disease, has refuelled her desire to live.

“I told her that I am 22 years of age and that I live a normal life: she must not give up,” explained Maribel Oviedo, a young woman who travelled from Cordoba to Santiago to visit and motivate Valentina. Maribel had been touched by her request, circulated via social networks.