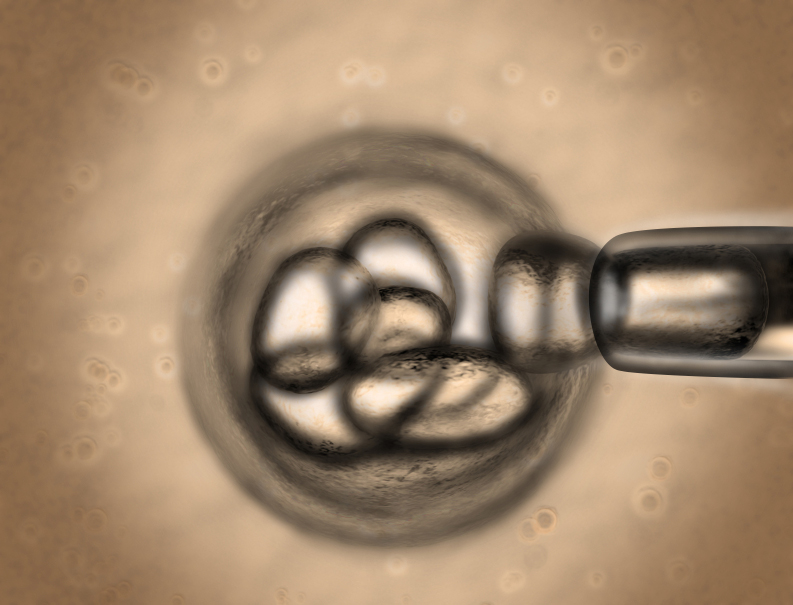 Two particular cases have resulted recently in several publications that seem confuse the issue of the use of stem cells for therapeutic purposes: cell therapy for heart disease and “therapeutic” cloning.  Gènéthique presents an insight into the scientific literature to unravel the real progress from the hype.

Cell therapy for heart disease:
a great deal of attention…

The heart, like the brain, unsurprisingly stirs the interest of scientific teams. Recently, the prospect of caring for the victims of heart failure by stem cell injections has found new resonance in two almost simultaneous publications published in the scientific journal Nature.

Adult stem cells (haematopoietic and mesenchymal stem cells, therefore non-embryonic) have been used for myocardial regeneration after heart failure for a long time. Slight, but significant improvement of ventricular function has always been recorded after injection of mesenchymal stem cells derived from bone marrow. This positive post-infarction effect – increased ventricular ejection, reduced mortality and overall improvement one year after treatment – is clearly demonstrated in the most recent studies(1) (2).

The reliability of adult stem cells is questionable. The article by Nowbar et al.(3) casts doubt over adult stem cells, not about the effect of these cells in the treatment of heart failure in humans, but about the inaccuracies encountered in some reports. Concerning the effects, moderate though significant, presented in the preceding paragraph, the conclusions of this article need to be put into perspective.

The article that presents the progress on embryonic stem cells does not offer much in an area that matters now: results in patients. It(5) demonstrates regeneration by cardiomyocytes derived from primate heart embryonic stem cells. Up until now, this has only been shown in mice, so the use of the rhesus monkey is not trivial. However, the article warns about the possible complications of such a procedure, in particular arrhythmias(6). As cardiomyocytes derived from embryonic stem cells cannot be injected into patients without the risk of immunological rejection, the study does not predict major changes in the field of myocardial regeneration in patients using stem cells unless an institute decides to undertake a clinical trial with cardiomyocytes under immunosuppressants, which from a regulatory point of view, is far from feasible.

A recent interview in Figaro Santé by Prof. Menasché (May 5), an ardent advocate of the use of human embryonic stem cells in cardiac therapy, also concludes by a review for the least cautious about the therapeutic use of these cells.

The real question remains as to why research in the field of iPS is not moving faster?Indeed, pluripotent stem cell therapy in humans is much more influenced by the issue of immunological rejection than by tumour development. Thus, logically, treatment by iPS derived from the patients themselves should prevail. A paper published in Nature Medicine(7) in mid-May could also open up new perspectives: Harvard teams combine iPS, cell engineering and gene therapy to restore the myocardium in persons with a genetic disease leading to heart failure. This prospect should be followed closely.

Several recent announcements have demonstrated that therapeutic cloning in humans is possible. The reflections in the press are partly understandable by the contrast to the silence surrounding this research since the scandal of the Korean professor Hwang 2005(8). Does this mean that therapeutic cloning could again compete with other means of obtaining pluripotent stem cells (iPS in particular)? Just to recall, the cloning technique extracts the nucleus of an oocyte and replaces it with the nucleus of a cell taken directly from the patient in need of treatment. Oocyte division is initiated to reach an early stage embryo from which stem cells are extracted.

The objective is to produce tissue genetically identical to the patient that would circumvent the rejection observed with “classic” embryonic stem cells.

An initiative that remains ethically untenable, expensive, and limited in terms of its application. Recent studies show that therapeutic cloning is possible in humans. However there are many obstacles. First, this technique involves creating embryos, thus humans for research, which is ethically indefensible. Next, the conditions are very precise, and with limited effectiveness. Success has theoretical interest, but has little practical applicability, especially for regenerative medicine. Reduced availability of human oocytes, ethical issues raised by paying women who donate their eggs and concerns of the abysmal society that represents human cloning, the low efficiency of the nuclear transfer procedure and the long time required to obtain doubling of the human embryonic stem cell population constitute the barriers that make difficult the application of such a technique as a routine procedure in the clinical field.

We know that the publications in this field are always accompanied by extensive media coverage. However, this is far from proving that “therapeutic” cloning has become a credible alternative to the use of iPS cells, more discrete, but already widespread and useful in laboratories.