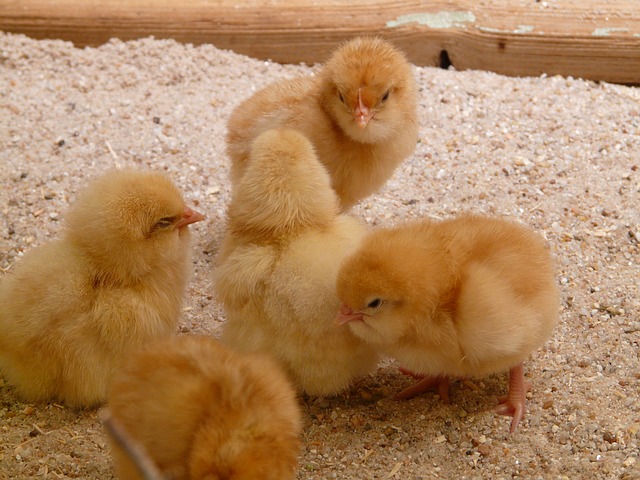 Can animal rights be modelled on those of human beings?

Isn’t it surprising to witness the interest fuelled in legislation dealing with “animal rights” when human life is threatened from conception right through to the end? However, the rights which codify our human relationships and links with those around us are established on the basis of specific human characteristics.  Jean-Marie Meyer, philosopher, makes some key points in reference to these issues.

On 28 January 2015, Parliament recognised animals as “sensitive living creatures1“. This fact alone does not pose any particular problem because it does not create any immediate change in the way in which the law applies to animals. We have in fact always known that an animal’s life is characterised by sensitive, emotional reactions. As for the law, it must determine who is responsible when an animal injures a person or damages people’s property. Animals cannot be held responsible but their owners can. In this respect, a domestic pet is also considered as its master’s “property“.

Is man just one of a number of species?

It is not, therefore, so much Parliament’s decision that interests us but the often problematic way in which our contemporaries represent animals and their relationship with them. Many are persuaded, because of the close proximity between humans and other living creatures, to confer to the “others”, e.g. apes, for example, rights that we should respect. This begs the question whether this perspective reveals doubts in our culture. What in fact would happen to our civilisation if human beings per se were considered simply as another species without the specific characteristics that demand stringent, exclusive respect? We understand the ultimate issue behind this thought process: the idea of our legal traditions and, going one step further, is this tradition conventionally based on humanism? In fact, never before in our history, have man and beast been placed on equal footing and it is this basic belief which, up until now, has reserved respect for human beings.

It is true to say that if a person deserves respect, it is primarily because he/she is entitled to rights, i.e. dignity. It is this unique feature of mankind that fuels debates. Our contemporaries are experiencing increasing difficulty in perceiving a person’s originality and drawing from this knowledge the resulting ethical and legal consequences. The following comments aim to shed some light on the current situation.

Animal representations based on man

First and foremost, we have to avoid an extremely widespread and almost inevitable attitude of projecting our various states of mind on animals. Thus, every one of us will credit our cat or dog with thoughts or representations that clearly exist in us, rational creatures, whereas there is nothing to objectively indicate that these elements are present in the psychology of our pets. Our interest in and our genuine attachment to animals, which is made possible because of our cognitive capacity, may therefore mislead us – that’s the first point. Furthermore, let’s look at obvious dissymmetry: as human beings, we wonder about an animal’s life.  The others never consciously wonder about the strange creature that is man. Of course, many animals communicate with each other but they don’t know what to call things, which shows that they do not have a deep and especially abstract knowledge of the world in which they live.

Secondly, some ethologists assume that animal behaviour is a kind of simplified version of our own, as if the way in which we react to danger, for example, was already sketched out in the life of animals. On paying closer attention to the original features of human behaviour, it is apparent that every one of us must learn to evaluate our actions consciously.  This assumes a thought process and personal and collective history, which is not mirrored in other species. Human behaviour is adapted to what is going on around us but it also brings out, depending on the situation, the moral side of the human being “not to do what everyone else is doing“. In refusing an unfair decree, Antigone remains to this day a very eloquent model of what actually typifies the human response. In this respect, the mistake made by some ethologists is the failure to understand whether training can trigger appropriate behaviour.  As for education, it goes that much further and emphasises what sets every person apart: heart and conscience.

Some people go even further in the analogy between mankind and animals, thereby suggesting that the basis for moral living lies in emotional living, as though empathy with another sensitive, suffering creature provides a genuine basis for acting fairly. In this way, there would be natural continuity between the reactions of primates and actions based on moral principles.

Should animals be respected or protected?

This question should be answered as follows.  The law initially considers what the other owes the person and not the emotional situation in which we find ourselves. However important emotions may be, they do not constitute the principle for respect. Furthermore, the call for “due respect” more generally poses the problem of knowing what is due to the animal. In my opinion, this is the key point of the debate. Many people who promote animal causes refer to respect for the animal when they should in fact be talking about protection. This is all about protecting species – only people deserve respect. The words are important here because, if we are not careful, the original characteristics of the human person will be lost in a desire to promote genuine interest, where appropriate, in other species. Remember the adage: “Grasp all, lose all“. We are not enriching human morality by wishing to apply to animals what only man should have, namely respect. We are increasing fragility.

One thing is more essential than ever before: rediscover the unique depth of every human being, my peer, my brother, in order to protect us from extending the “right“, which would, in fact, impact upon our dignity.

One final comment may perhaps help the reader to have a better understanding of what I am endeavouring to convey. In the late 18th century, Jeremy Bentham, hailed as a predecessor by animal rights’ activists, wrote: “The time will come when humanity will extend its mantle over everything that breathes. The lot of slaves has begun to excite pity; we shall end by softening the lot of animals which labour for us and supply our wants”.

The key point here is this.  Fighting for the “release” of animals belongs to the “philosophy of the history” of a new genre in which the emancipation of blacks represents only one stage in a process that surpasses the human race. Our history has been written in the name of human dignity to date. The fight for human equality is therefore becoming much clearer and legitimate – fight against racism. However, as far as those in favour of animal rights are concerned, this human originality either does not exist or warrant recognition of dignity. Therefore, there is no need to reserve rights for mankind. This is why demanding animal rights is a kind of regressive resolution.  It calls for vigilance in order to ensure that no-one forgets what constitutes the priceless originality of every human being.

Accredited Professor, born in 1955.  Lecturer in General Philosophy (preparatory classes) and Ethics at the Faculté libre de philosophie comparée (IPC) – Institute of Compared Philosophy. He is a member of the Pontifical Council for the Family.