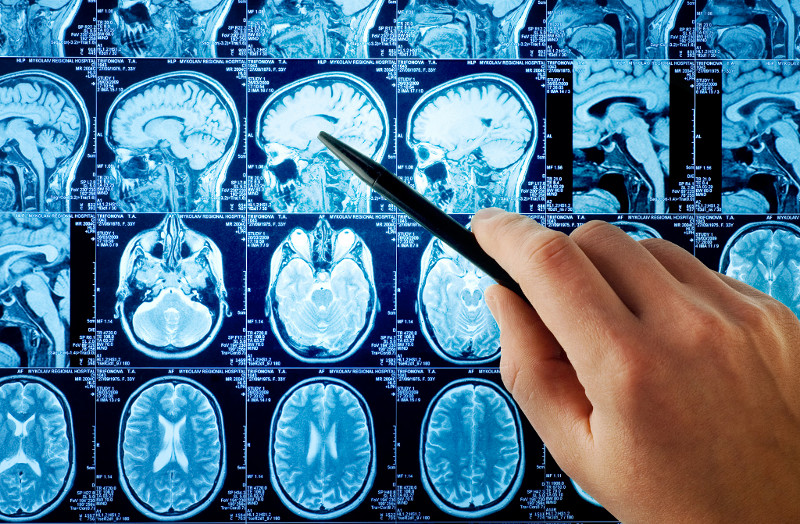 Trenton McKinley, a 13-year-old American boy from Mobile, Alabama, was involved in a horrifying accident two months ago. The small trailer in which he was playing with his friends, pulled by a dune buggy, overturned after the brakes were applied too harshly. “I hit the concrete and the trailer landed on top of my head. After that I don’t remember anything,” the young boy said himself.

With seven fractures to the skull, he has undergone several brain surgeries—part of his skull was even removed for several days and frozen before being replaced during a risky operation—but his brain started to swell. His heart stopped four times, but each time, doctors got it going again with adrenalin. The fourth time he was dead for 15 minutes before his heart could be restarted. Doctors informed his parents that, given the lack of oxygen, his brain and kidneys would never work again: “They said he would never be normal again. They told me the oxidation problems would be so bad to his brain, that he would be a vegetable if he even made it”. As for his kidneys, his parents were told that he would always be dependent on “continuous renal replacement therapy”.

It was Saturday when doctors informed the parents that if Trenton suffered another cardiac arrest, they would let him die. As early as Monday morning, they said they would stop the adrenalin that kept his heart beating. They encouraged his parents to agree to donate his organs, as five sick children on the waiting list for a transplant were a match. “It was unfair to keep bringing him back because it was just damaging his organs even more”, his mother tried to reassure herself after signing the organ donation forms.

But against all odds, the next day, on the Sunday, the boy started to move a hand then a leg, and his eyes changed from “black and dry” to “green with small white specks like glitter”. Doctors therefore cancelled the disconnection procedure scheduled for Monday and discovered with amazement that the boy had retained all of his intellectual faculties and even his humour! A few days later, he was even playing basketball in the rehabilitation room and is now recovering at home. “From no brain waves to now walking and talking and reading, doing math. A miracle!” marvels his mother.

Although stories like this seldom happen, it is not the first time, as evidenced by Angèle Lieby[1] in her book entitled, Une larme m’a sauvée: in a coma, but fully conscious, she cried when she heard her family give their consent for doctors to switch off her life support machine, thereby proving that she was indeed conscious. Carine Brochier, of the European Institute of Bioethics, recalls that “an error of judgement is always possible despite advances in medical knowledge and technology” and that “the story of this boy in Alabama clearly shows that caution must always be exercised”, because “a person may be in a coma, but it doesn’t mean that they will never recover”.

[1] Angèle Lieby: “I’m so happy they didn’t switch off my life support”