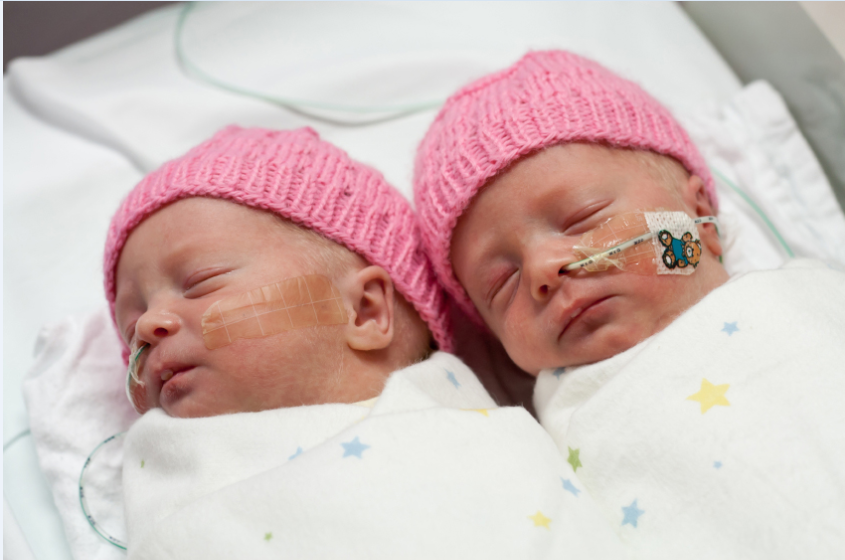 In Scotland, twin girls born after 23 weeks and 4 days, weighing 450 g, have survived. Although the babies were developing normally, the mother’s waters broke after 22.5 weeks. The doctors induced labour because of septicaemia. The chances of survival for these new-born babies were very slim. They remained in intensive care for four months but are now doing well. They hold the UK record for the most premature babies and have been described as miracles by their parents.

Imogen and Anabelle were born three days before the 24th week of pregnancy, which is the legally authorised time limit for abortion in the UK.