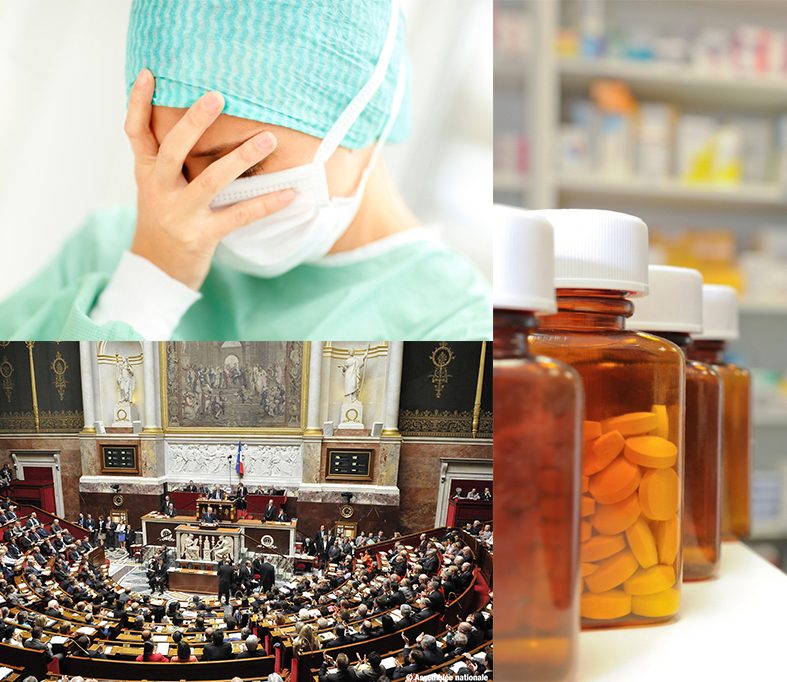 The laws of bioethics elaborated in 1994 foresaw that these laws are revised every 5 years. After the revision of 2004, a new law has to be voted early 2011. The bill has been presented to the French Council of Ministers on 20th October 2010 by Roselyne Bachelot. Some proposals of this text must be considered with vigilance.

The article 7 of the bill specifies that the donation of cord blood and placenta blood cells can only be an anonymous donation for an allogeneic usage: the creation of blood cord autologous private banks is thus de facto prohibited, what regret some people like Pierre Le Coz, vice-chairman of the National Consultative Ethics Committee (CCNE). For him, the autologous preservation of the cord blood would allow a real progress in regenerative medicine and would be an alternative to the research on the embryo.

An exception is made for some dedicated donations: these can be authorized only “when this purpose is for a therapeutic need medically and scientifically justified at the time of the donation“.

The CCNE and the Leonetti report had recommended that the preimplantation diagnosis is extended to the systematic screening of Down syndrome. Several associations of parents having Down syndrome children had lively contested this new stigmatisation of Down syndrome people. Fortunately the text of the bill does not retain this recommendation and does not extend the indication of the PGD, which is still authorised for the families affected by a “particularly serious” genetic disease.

The article 9 proposes to reinforce the “accompaniment and the information of pregnant woman“. It recommends in particular integrating “a preventive and positive dimension of the prenatal diagnosis by allowing to direct the pregnant woman to an adapted treatment of the foetus or the born child, when possible“.

Unfortunately, this positive information does not have an obligatory character, unlike the information on the diagnosis tests and is only delivered on woman’s request. Thus the real efforts of information defined by the bill seem more to aim at protecting the physicians rather than the unborn children.

In Dignité et vulnérabilité, Mgr d’Ornellas warned about this problem of the neutrality of information as regards prenatal diagnosis: “The information and the accompaniment cannot simply placed the woman (and its spouse) in the neutrality, because to keep or not the child is not two symmetric decisions.” The development of prudent and fair information “supposes that the immense dignity of the disabled child, its capacity to arouse a deep love is mentioned“. The contribution of this positive information is all the more necessary given that the CCNE noted in its opinion 107: “the simple fact to envisage the eventuality of a pregnancy termination can produce an incentive effect to the extent that, tacitly, the physician judges the situation as serious”.

Moreover, the article 9 “clarifies the possibility for midwives to prescribe the serum markers“.

The text foresees the removal of anonymity for gamete donation when the child comes of age subject to the consent of the donor. It also specifies that “the principle of anonymity of the donation is not an obstacle for the adult child“ to access some non identifying data about the donor.

This proposal was the occasion for a confrontation between opponents and supporters for the removal of anonymity, a debate which especially indicates the particular status of gametes. The question of anonymity reveals that the gametes, by transmitting the heredity, represents more than blood or skin cells…The confusion of the statuses of germinal cells and simple somatic cells to copy exactly the use of the first one on the second one (donations, banks, etc.) and the organised dissociation of the filiation (biological and social), lead us to complex and delicate human situations.

The medically assisted procreation (MAP) is still reserved for couples in situation of medically diagnosed infertility. The access is thus prohibited for singles and homosexuals. We note that from now on pacsed couples will have access to MAP with the same conditions as married couples.

The article 19 also foresees that we can open the list of authorised MAP techniques “to any new process allowing improving the results, the quality and the safety of the processes“. The article 2151-5 of the French Public Health Code prohibits the conception of embryos for the research. But, the authorisation of new MAP techniques – and the handling of the embryo it would imply – could be a mean to circumvent the prohibition of the research on the embryo and the creation of embryo for the research. Indeed, the OPECST report from June 2010 affirmed: “Any technique having for objective to improve the possibilities of in utero development of a human embryo should be considered as a care and not as a research.” For his part, the MP Jean Leonetti, rapporteur of the parliamentarian mission on bioethics and of the special commission on bioethics, declared it was “urgent to authorise the research on the embryo“, including for the embryos intended to be reimplanted. Indeed, he affirms, “we have to offer the researchers a maximum freedom and allow them to improve the conditions of fertilization – what can only be done by handling the embryo.“

Among them, the project of oocyte vitrification, which was recently in the media spotlight with the announcement by Pr René Frydman of the birth of twins from fertilization of frozen embryos. For its supporters, this ultra-rapid freezing technique of oocytes would allow increasing the oocyte donation and creating a stock which would avoid resorting to the embryo freezing. Nevertheless, some of them, like Dr Joëlle Belaïsch-Allart, estimate that it “would be catastrophic for the MAP in France and for the couples that the progress acquired by the authorisation of the oocyte vitrification was refrained by the prohibition of the embryonic freezing“.

Research on embryo and embryonic cells

The bill maintains the “principle of prohibition of any research” on the embryo and the embryonic stem cells, with a derogatory regime subject to conditions. However, the conditions of derogation, much wider than those previously established, deprives the principle of its substance.

The condition of “major therapeutic progress” is replaced by that of “major medical progress” much more vague. According to the exposition of the motives, this would allow including the diagnosis and the prevention in the research. But the OPECST report which recommended such a change, specified that the word “medical” should include the development of technologies still in the prototype stage to establish quality standards, amplification and differentiation protocols.

The criterion of “alternative method of comparable effectiveness” is replaced by that of “impossibility, in the current state of scientific knowledge to carry out a similar research without resorting to embryonic stem cells or embryos“. The term “similar” is ambiguous because it does not specify on which the similarity is: the objective or the material of the research which would be a tautological criterion…

The biopower of the ABM

Finally, the text foresees to remove the revision of the law every five years to allow a greater legal stability. Nevertheless this can give greater power to independent agencies, in particular to the Agency of Biomedicine (ABM), of which some are already worried about the increasing and uncontrolled power. This way Emmanuel Hirsch, director of the Ethical space of the AP-HP, and Pierre Le Coz, denounced in a column of the Quotidien du médecin1, the “biopower” that the ABM represents. They affirm that “it just deals with a multiform and gigantic biopolitical system, amazingly well organized, with its hexagonal antennas, its delegates ready to show up in ethical meetings without being invited.” This concern is shared by a large number of people, among whom MPs. On 3rd November 2010, Marc Le Fur, vice-chairman of the French National Assembly, launched a call with six other MPs, to warn the abuse of the ABM and the confiscation of the democratic debate.

Finally, the text prohibits surrogate mothers. It introduces the possibility, for people with genetic diseases which can concern members of their families, to inform them through a physician while remaining anonymous. It also foresees to authorise the crossed donation of organs allowing two donors to exchange anonymously their respective receivers if they are not medically compatible.

We note that the cabinet reshuffle could influence the future of the text. Xavier Bertrand, who replaced Roselyne Bachelot as Minister for Health and will carry out the revision of the law of bioethics, is indeed close to private physicians: “We are not condemned to the statu quo“, he affirmed during a parliamentarian meeting on bioethics in 2007. Moreover, he supported the militants in favour of euthanasia during his previous work in the ministry from 2005 to 2007. Regarding Valérie Pécresse, the French Minister for Higher Education & Research, has, during a visit in the unit of cell therapy for cardio-vascular pathology of Georges Pompidou hospital on 25th November 2010, assured the researchers working with human embryonic stem cells of the “support of the State“. The government guarantees the researchers with a “stability in the legislative framework“, she affirmed. For her, we have to find an “equilibrium position” between the ethical challenges and the benefits expected from the research.

The bill should be debated early 2011 by the Parliament. In the meantime, a special parliamentarian commission on bioethics has been constituted to examine it.  Headed by Alain Claeys, it is composed of 70 members, among whom Hervé Mariton, Paul Jeanneteau, Jean-Sébastien Vialatte. Its rapporteur is the MP Jean Leonetti.