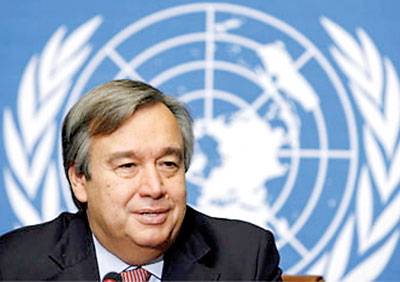 Portuguese-born Antonio Guterres is to replace Ban Ki-moon as UN Secretary General, for a five-year term of office. His appointment was validated by the United Nations Security Council following an informal vote on 5 October. The applicant must also receive the approval of the UN General Assembly.

Former Portuguese Prime Minister, Antonio Guterres, is described as a “moderate, Catholic and pro-European socialist” and “a great defender of human rights”. As such, he is “highly respected by non-government organisations”. Aged 67, he “carved his political niche within the Catholic movements before becoming a member of the Portuguese Socialist Party”. He was President of the Socialist International before becoming the UN High Commissioner for Refugees from 2005 to 2015. Former colleagues refer to him as “‘charismatic’, ‘humble and human’ and a ‘dedicated, methodical worker’”.

In Portugal, “his opponents reproach him for having contributed to the ‘no’ victory on the decriminalisation of abortion in the 1998 referendum“. In fact, he has “never concealed his opposition to abortion”.