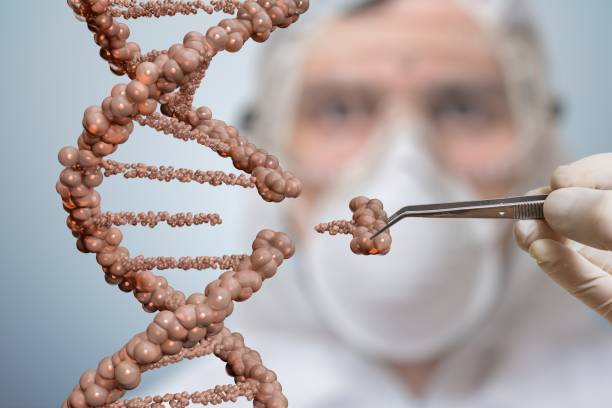 “Amidst general indifference, the time has come for genetically modified humans (GMH)”

Over the last five years, CRISPR-Cas9 has opened up new avenues in the editing of “bacterial, plant, insect, animal or human DNA“. Three scientists, Alexandra Henrion-Caude[1], Catherine Bourgain[2] and Alain Privat[3] refer to it as “a hybrid combination comprising a pair of scissors, Tipp-Ex and ink  […] easy, fast, effective and reasonably priced“.

This technique, “which is far from the finished product”, nevertheless raises many questions: “Modifying a particular gene is like modifying the target gene as well as other information, which may or may not be known. The consequences of these changes cannot be foreseen. We do not know how to follow up the modified individual or future generations” (see CRISPR: numerous, unexpected “off-target” mutations in humans).

This is a  “concern”  lying dormant within the scientific community since applying CRISPR “to human embryos harvested from parents carrying a mutation” would lead to “elimination of healthy embryos and, paradoxically, to preservation of only those with a mutation which could then be used to perfect the technique“.

Furthermore, this concern goes beyond the “simple care logic” because “in desiring perfect children”, “we are in fact following in the footsteps of advocates of eugenics“. The “oldest, most irrevocable, universally shared heritage” is ” the intimacy of our humanity“. “Therefore, shouldn’t it be considered as the most precious heritage of all?“

The three scientists are sending out an “SOS to our consciences“, reminding us that, “the desire to know living nature and unveil its secrets” must not lead us to “create varieties of selected humans“.

“Some see the human being of the future in these genetically modified humans. But we are seeing the introduction of a programme to annihilate the ‘otherness’ of human beings especially by denying our complexity and our genetic history“.

[2] Geneticist, Head of Research at Inserm.

[3] Neurologist and corresponding member of the Academy of Medicine.