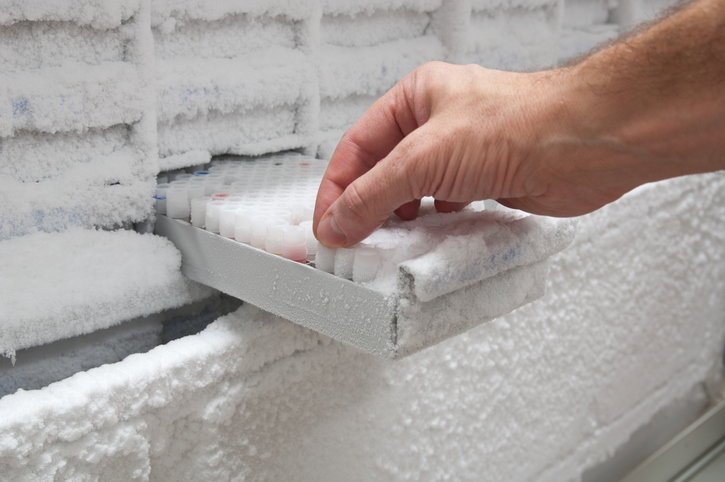 This could prevent medically assisted pregnancy (MAP) for thousands of women with cancer, who are at risk of becoming infertile during treatment. Instead of freezing their eggs for in-vitro fertilisation, it is possible to surgically remove an ovary from the patient and keep it frozen at -196°C. “When a woman wants to have a child, the tissue can be reintroduced into her body and connected to the remaining ovary, which will restart her menstrual cycle”. This facilitates natural conception.

This procedure has been carried out for several years elsewhere in Europe. In the United Kingdom, the Royal London Free Hospital in Hampstead will be the first to offer this service to British women. The cost, namely £3,500, will be fully covered by the NHS. “We have modelled our protocols on how this is done in one of Denmark’s largest hospitals,” explained Paul Hardiman, a gynaecologist at the hospital. “They have been freezing human ovarian tissue since 1999″.

According to experts, ovarian freezing is even “more effective” than egg freezing in preserving the fertility of female cancer patients.

The hospital does not exclude the possibility of subsequently making this option available to female volunteers who would like to artificially delay the age at which they start a family.

Ovarian tissue autograft to preserve the fertility of women with cancer

Daily Mail, Sam Blanchard (17/01/2019) – London hospital will become the first to freeze the ovaries of women battling cancer on the NHS to allow them to have children after grueling treatment