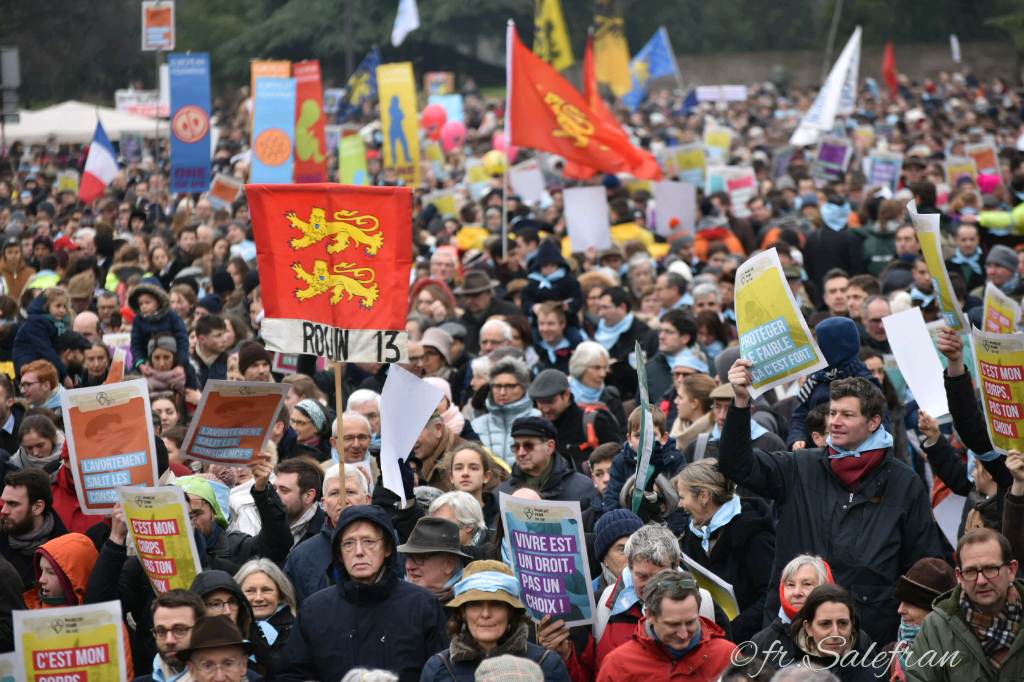 After Washington, “March for Life” mobilizes tens of thousands of people in Paris

“To never lose sight of the inalienable values of human dignity and life” was the message behind the “March for Life” which united several thousand people in Paris on 20 January. It was attended by “50,000 people according to the organisers, and 7,400 according to the police”, including a significant number of young people.

The numerous signs conveyed the following messages: “Living is a right“, “Abortion: the truth can act as a deterrent“, “Protecting the weak is being strong“. In addition to abortion legislation, leading to 220,000 abortions each year (216,700 abortions were performed in France in 2017, a stable figure since 2001), the demands also focused on a revision of the bioethics law and the shock proposals in the report by the bioethics parliamentary task force including “reproduction without sex for all”.

According to Nicolas Sévillia, Director General of the March, Sunday’s march was “the first sign of citizens taking a stand against revision of the bioethics law“. “Like the ‘yellow vests’, we are reacting to the politician’s disregard for citizens. We are excluded from the great national debate” he added. MAP for all, “is tantamount to not being able to see the wood for the trees“, “far more serious” developments are included in the draft revision,” warns Jean-Marie Le Méné, president of the Lejeune Foundation, such as “the treatment of gametes” and “the use of the embryo for research“. “The proposals outlined in the report disrupt anthropology,”claim the many demonstrators. All deplore “the rapid expansion of medically assisted pregnancies (MAP)”, “the deregulation of practices involving human embryos” and “the extension of eugenic policies”. Olivier Ruisseau confirms that he has “received considerable “feedback from people who consider this a scandal, especially at a time when both the executive and legislator should be cautious”.

This year, demonstrators decided to “defend the conscience clause of doctors refusing to perform abortions“.

The French “March for Life” took place in Paris two days after the US “March for Life” held in Washington, D.C., on Friday, 18 January. It brought together tens of thousands of people on the National Mall. In France, as in the US, many young people took part “despite the capital’s icy cold weather “.