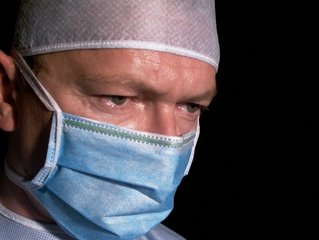 “Statement on medically indicated termination of pregnancy”[1]: the World Medical Association (WMA) adopted new statement on abortion or “therapeutic abortion” during its recent General Meeting held in Reykjavik in October 2018. The WMA, an international organisation for physicians, works primarily with the WHO (World Health Organisation), and the “positions” it adopts have a significant impact on international law.

The latest position has just amended the August 1970 Declaration of Oslo and constitutes “a real setback in terms of respect for doctors’ rights and those of unborn children”. In fact, all references to the “unborn child” have been omitted and there is no longer any reference to the child’s health or life, only to those of its mother. The duty of physicians to “maintain the greatest respect for human life right from conception” has also disappeared.

Although the right to conscientious objection remains, it is considerably restricted since it now goes hand in hand with the obligation to refer a patient to a “qualified colleague” and to collaborate with institutions in an attempt to ensure that all women have access to abortion, without fail.

Grégor Puppinck is alarmed at this backward step in terms of the rights of doctors and children. He points out that, although doctors are still entitled to exercise the conscience clause, the legislation per se remains highly ambiguous and could, in fact, be used against any physicians refusing to perform an abortion. For instance, the law obliges doctors to perform an abortion if “the mother’s life or health is in danger” but does not go into any more detail. “This text is problematic in that it gives a very broad definition of health. We would have liked it to specify: public health. From now on, a mental health problem can be viewed as a sufficiently serious condition to oblige a doctor to carry out an abortion. This ambiguity is worrying because the vague definition currently surrounding health makes it possible to extend the scope of the obligation to perform an abortion”.

Conscientious objection is “the be-all and end-all of freedom. The former in terms of significance and the latter in terms of resistance. If freedom of conscience is lost, all other forms of freedom will also disappear. “ points out Grégor Puppinck. To suppress it “would be a very serious violation of people’s conscience and dictatorial in nature”.